WELLINGTON, Utah — A Wellington restaurant was destroyed early Wednesday morning when a semitrailer crashed into the building.

The restaurant is Los Jilbertos, at 15 W Main St. Wellington Police said via Facebook Wednesday afternoon that the restaurant is a total loss. Everyone involved in the crash, including the owners who were inside the restaurant at the time, suffered only minor injuries.

A GoFundMe account has been set up for the owners, who relied on the restaurant as their sole source of income, according to police.

According to UHP, the semitrailer was traveling too fast for the road conditions when it left the roadway and crashed into the restaurant, causing the building to collapse.

The restaurant was open for business and its owners were in the building at the time of the crash. When troopers arrived at the scene, the restaurant's male owner was standing outside and said his wife was trapped inside the building.

All three people involved in the crash were taken to a hospital with varying injuries.

"Currently those involved in the accident are being treated at Castleview Hospital with only minor injuries. The business involved is obviously closed," Wellington Police wrote on Facebook.

School has been canceled at the nearby Wellington Elementary School as electricity in the area had to be shut down after the crash.

"All students who made it to school are safe and will be bused home. If parents would like to pick up their kids, they can as long as they do not use Main street from 100 East to 200 West," Wellington Police wrote on Facebook.

Power, gas and towing companies responded to the scene to assess the damage.

Large portions of Wellington will be without electricity and gas for part of Wednesday. 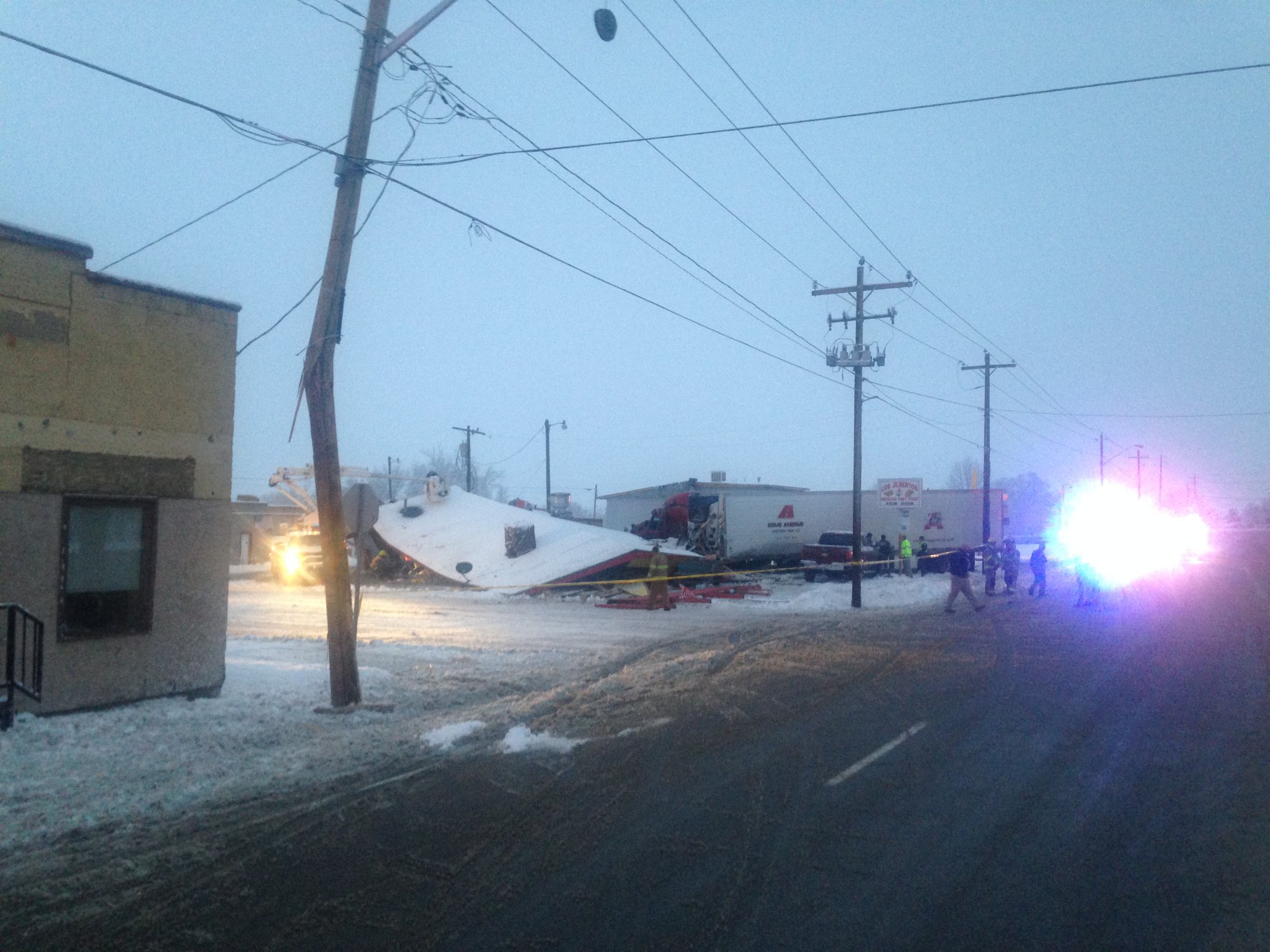