According to a press release from the South Jordan Police Department, initial reports said a male had been ejected from his vehicle while an unconscious female was pinned inside a vehicle.

The pickup truck rolled and its driver, 23-year-old Edilberto Lopez-Ramirez, reportedly crawled out of the vehicle on his own. He was taken to a local hospital with non-life threatening injuries.

The driver of the Dodge Caravan, 38-year-old Pearl Iata of Herriman, was killed in the crash.

The truck Lopez-Ramirez was driving was reported stolen from a job site in Herriman roughly an hour before the crash, the press release stated. The same truck was also involved in a hit and run crash at South Jordan Parkway and southbound Mountain View Highway prior to the crash that took Iata's life.

Police believe alcohol was a factor in the crash that killed Iata, and Lopez-Ramirez is the suspect in both crashes.

According to the press release, Lopez-Ramirez admitted to stealing the truck, drinking beer before the crash, running the red light that took Iata's life and being involved in the earlier hit-and-run.

Lopez-Ramirez has been booked into the Salt Lake County Jail for auto theft, automobile homicide, felony DUI, hit and run, reckless driving, and driving with an invalid driver license.

Editor's note: this story has since been updated with Lopez-Ramirez's most recent mugshot. 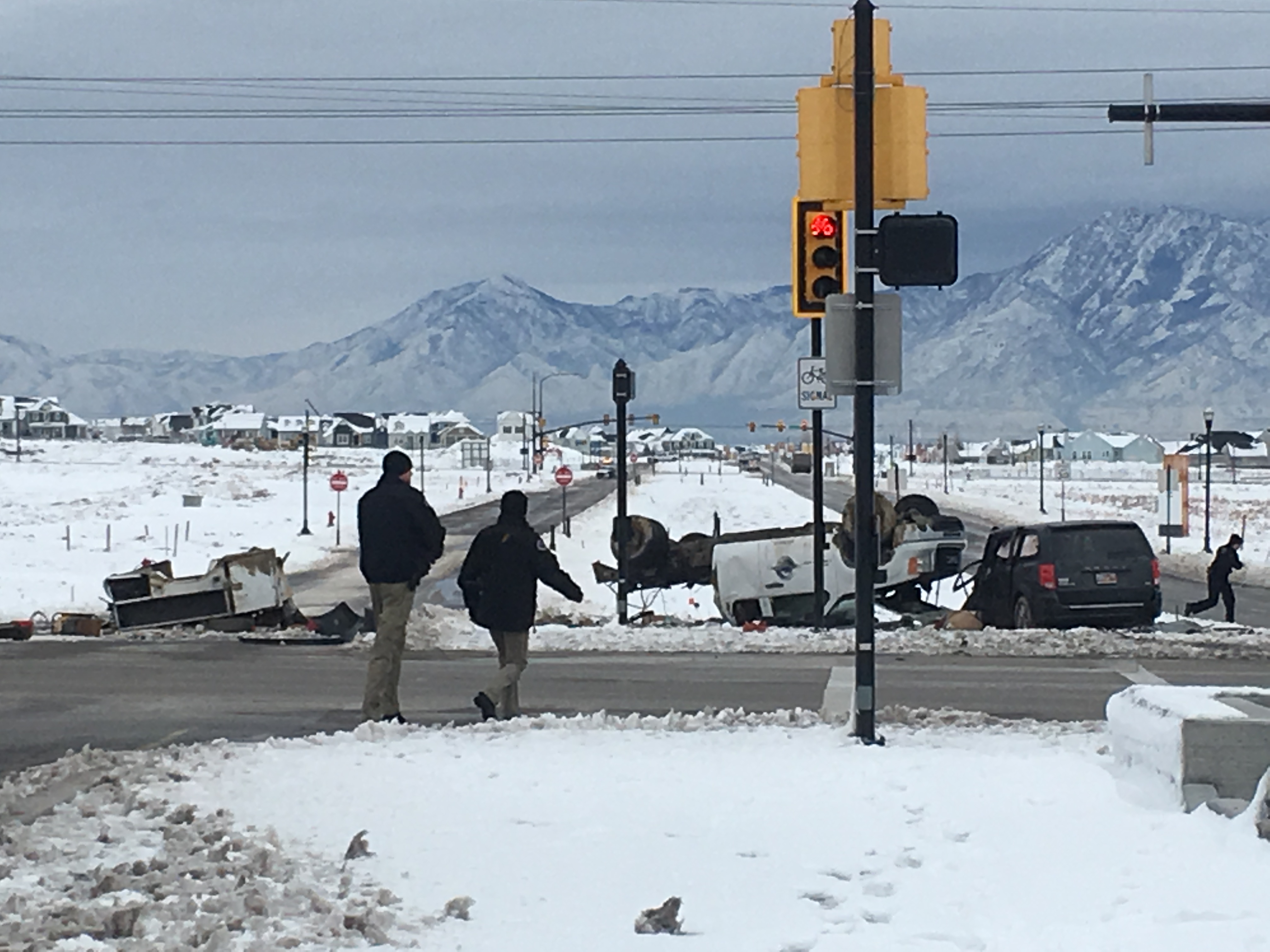