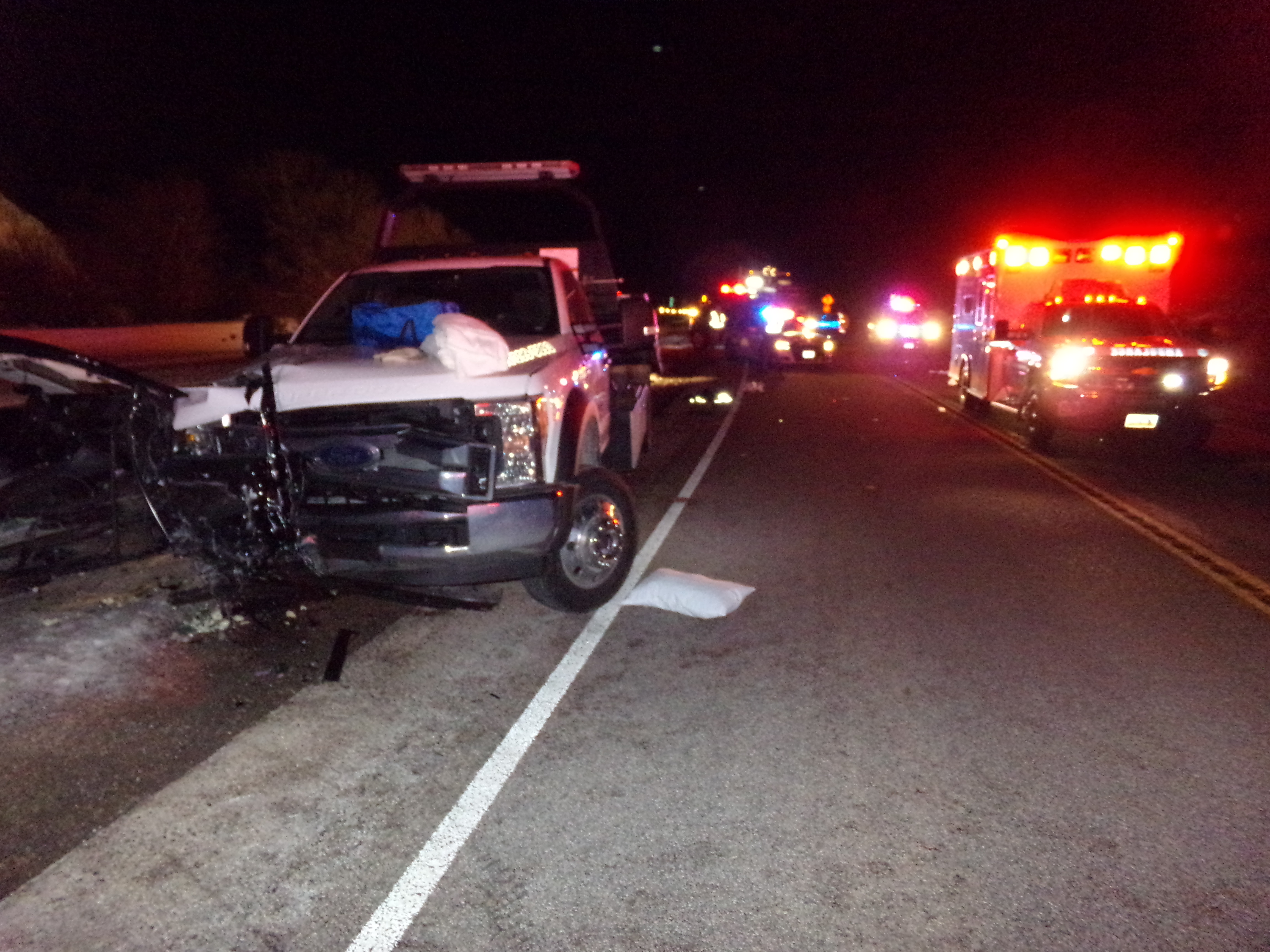 SPANISH FORK, Utah — Two people were airlifted to the hospital Sunday night after a driver lost control and hit a tow truck at the scene of an earlier crash in Spanish Fork Canyon.

According to the Utah Highway Patrol, the crash occurred just after 8 p.m. on US 6 near mile marker 193.

A UHP trooper was on scene providing traffic control as a tow truck pulled a vehicle out of a ditch after an earlier slide-off.

The driver of a northbound vehicle lost control, crossed the median and slid into the front end of the tow truck, impacting the truck with the front, passenger side of the car.

The 45-year-old woman riding as a passenger in that car suffered critical injuries.

The driver of the tow truck was at the back of the vehicle and suffered fractures to both legs, including a compound fracture the trooper treated with a tourniquet.

Both lanes of US 6 were closed as a pair of medical helicopters landed to transport the wounded to hospitals.

The road remained closed for some time afterward as troopers applied sand to the icy roadway. Those closures were lifted shortly before midnight.