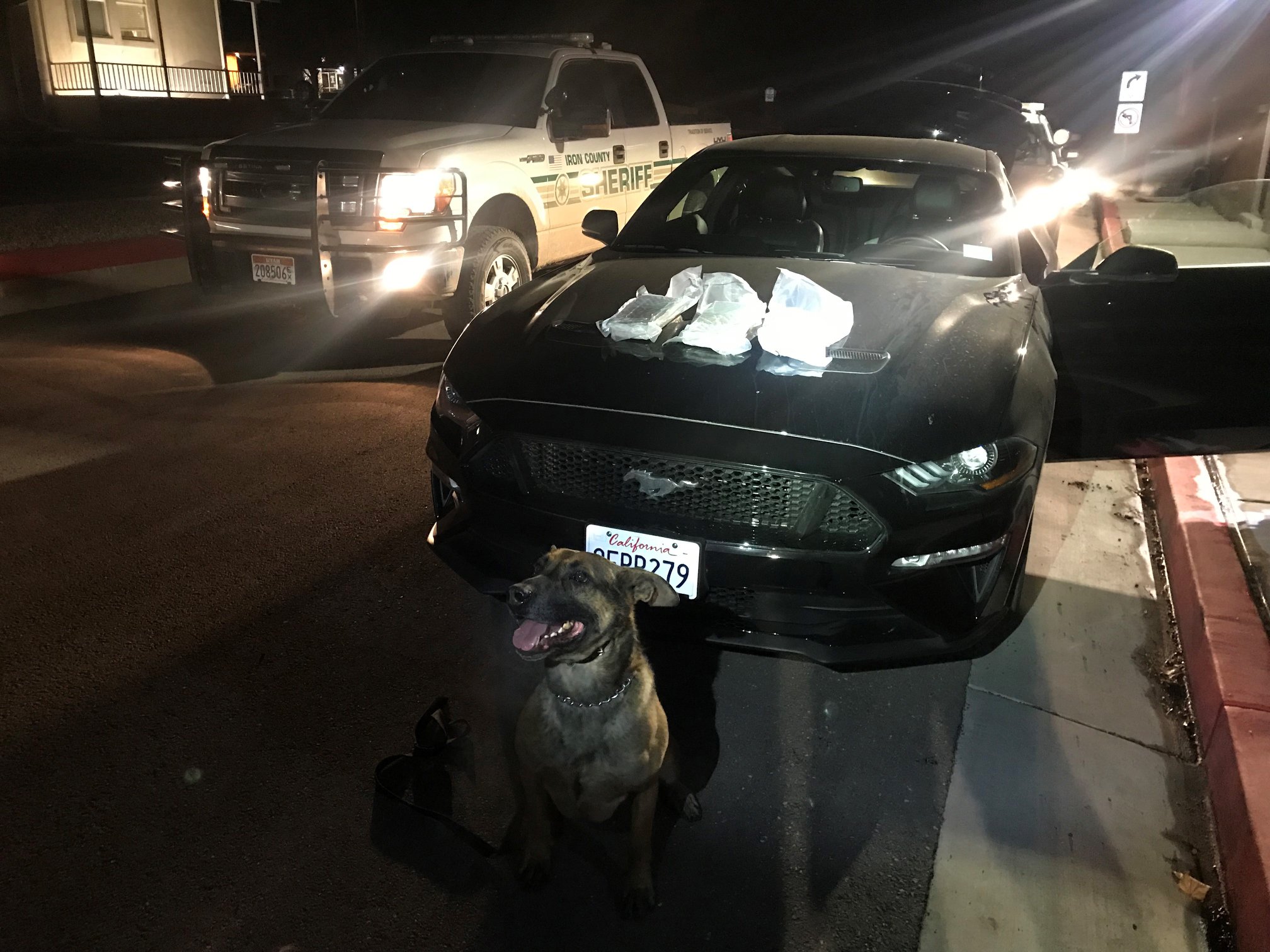 According to the Cedar City Police Department, K-9 Max and his handler responded to a traffic stop on I-15 in Cedar City Monday evening.

Max alerted troopers to the presence of narcotics, and investigators discovered five pounds of cocaine and one pound of ecstasy in powdered form concealed inside the vehicle, according to police.

Max is a 3-year-old Belgian Malinois who completed training in June of 2018. He has been working with Cpl. Lovell ever since.

“This is his first large drug find,” the agency wrote. “The hard work and dedication demonstrated by Corporal Lovell and K-9 Max helped to remove these dangerous drugs from the streets, which has a street value of, more than $350,000. Great Job!”