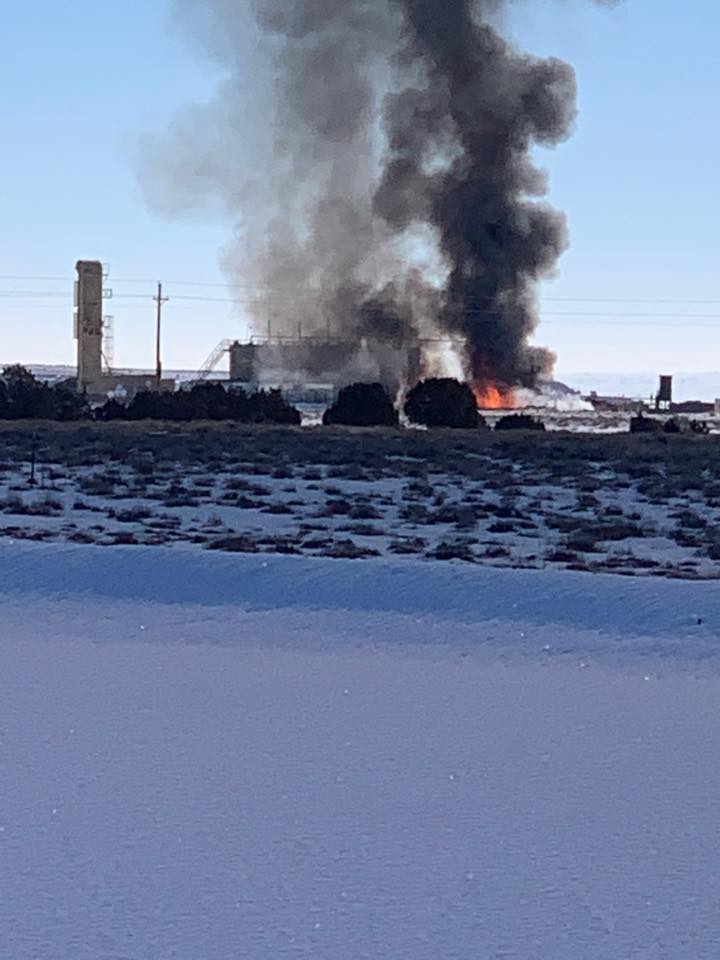 DUCHESNE COUNTY, Utah — Fire crews are working to extinguish a fire at an oil field in Duchesne County, and a homeowner who was evacuated has been allowed to return home.

The Duchesne County Sheriff’s Office first posted about the fire around 11:25 a.m., saying the blaze is at an oil field north of Duchesne. One home was evacuated as a precaution and no injuries were reported.

By 12:15 p.m., there were no longer visible flames but crews were on scene battling residual hot spots. The fire is located near 6000 South and 19000 West, according to the sheriff’s office.

The lone evacuated homeowner was allowed to return to the property shortly before 1 p.m.

The cause of the fire remains under investigation and no injuries have been reported.