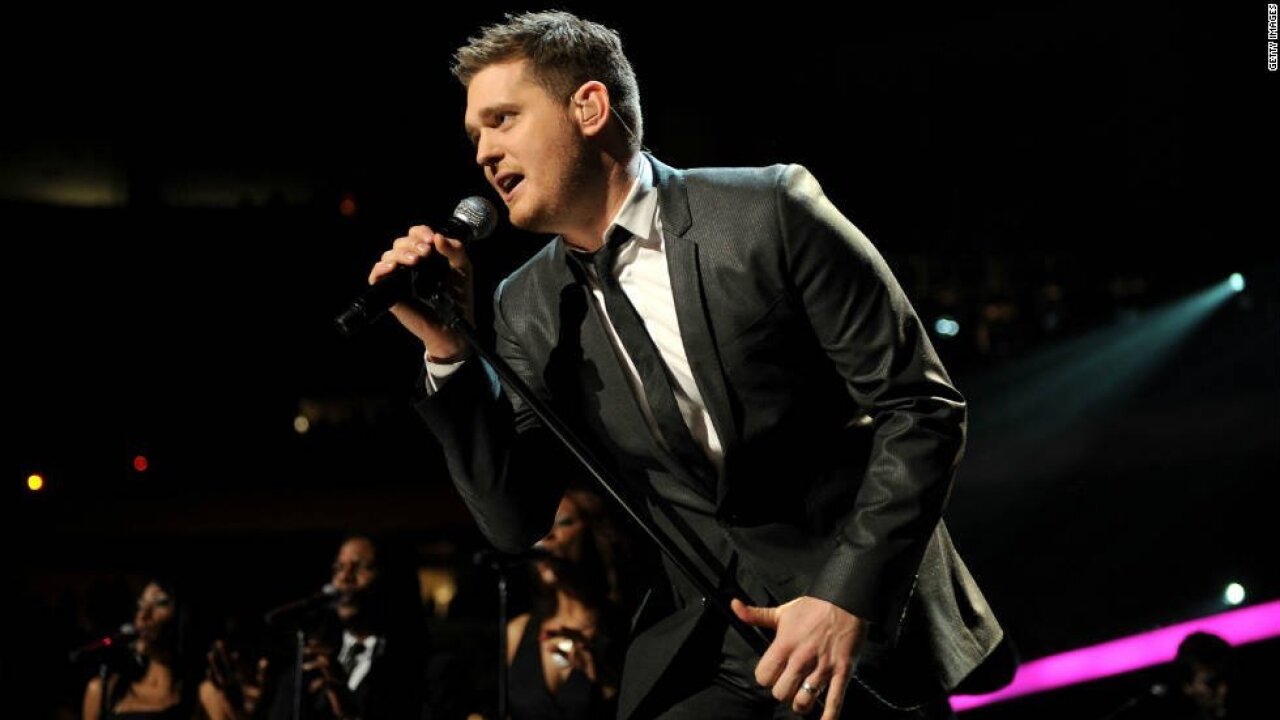 (CNN) — For Michael Bublé, poking fun at his distinct last name is nothing new.

The four-time Grammy winner stars in PepsiCo’s new Super Bowl ad for their sparkling water, Bubly, and the premise of the spot is a play on the singer’s name.

“I love the concept of the ad. I loved that it was making fun of the name,” Bublé told CNN in a recent interview. “The truth is, I had never heard of Bubly water.”

Bublé is good sport about his name (pronounced Boo-blay).

“It’s not the first time people have taken advantage of my name and making fun of it,” he said. “I remember walking onto the set of ‘Saturday Night Live’ (in 2010) and me and Jon Hamm were talking and Seth Meyers walked up to us and he said, ‘Listen, I’ve written this thing, it’s really funny it’s called Hamm and Bublé — it’s a sketch about Jon owning this place that only sells the finest pork and champagne products.’ I thought it was hilarious and we were both so giddy about it, and I had the same feeling when I got to read the (Bubly) script.”

Outside of commercial cameos, Bublé is busy touring and being a dad to his three kids with his wife, actress Luisana Lopilato.

“I don’t allow my tour to take over my life. I go for two or three weeks at a time and then I take off two or three weeks,” Bublé said. “Financially, it’s not the most responsible way to do it but the truth is my family has always been what’s more important to me.”

“I just try to do my work with passion and with care and to have dignity and to treat people in kind ways and to be loving, because at the end of the day I realized that’s it. I don’t have control over anything else but that,” he added.

Cheers to that, Bublé.