Multiple school closures and delays due to major winter storm 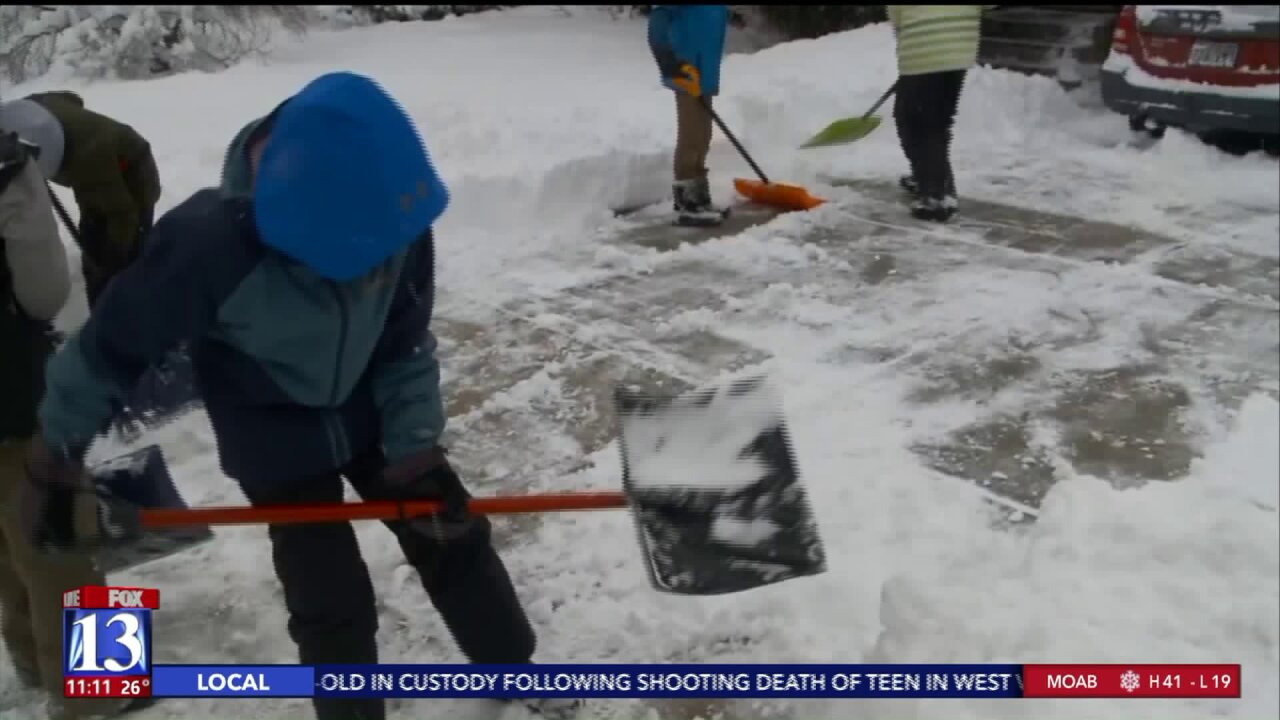 SALT LAKE CITY — Several schools have been closed or delayed due to a heavy snowstorm Wednesday.

Classes have been canceled at the following school districts:

Several youngsters in the Holladay area spent the first part of their snow day helping to clear walks in the neighborhood. They are members of an LDS Ward and helped clear snow for right widows who live in the ward.

“We got the call this morning that there was no school and  I`m sure they were thinking ‘yay,’ Keric Kanistanaux said. “There are quite a few widows in the neighborhood and I thought ‘let`s just get the boys out and let`s do some shoveling for them.'”