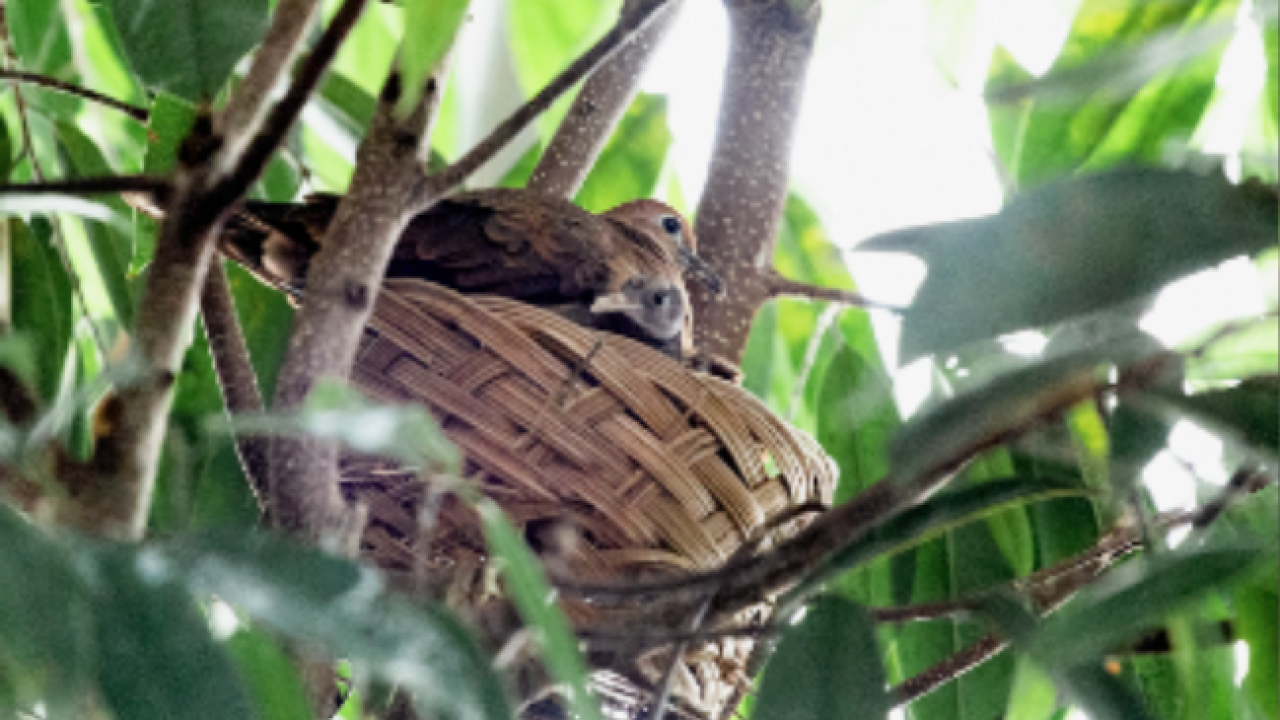 If you look closely, you can just see the baby dove peeking out from the nest. Courtesy Tracy Aviary.

SALT LAKE CITY — A rare white-throated ground dove has been born at the Tracy Aviary and can be seen learning to fly and climb in Tracy Aviary’s Treasures of the Rainforest building.

According to the aviary, the fledgling left its nest for the first time on January 26, and staff estimates the bird was born between January 8-12.

The white-throated ground dove is classified as “near threatened” by the International Union for Conservation of Nature and is also a part of the Association of Zoos and Aquariums Species Survival Plan.

“This pair is one of the most genetically important pairs for breeding,” lead aviculturist Fred Kromm said. “All birds are valuable, but this one is genetically valuable.”

Tracy Aviary participates in the Marian Avian Conservation program to pair male and female birds to breed and replenish the near-threatened species. The new fledgling’s parents were introduced to each other in October 2018, and the staff is thrilled the pairing was successful.