WASATCH COUNTY, Utah — A woman was seriously injured Friday night after entering a cabin that exploded while her four children were waiting in the car, officials said.

According to Janet Carson with Wasatch County Fire, the woman was in the Timber Lakes area of Wasatch County with the four children, going to a vacation cabin.

The woman left the children in the car, and went into the cabin, Carson said. Shortly after the cabin exploded. Carson said the family had not been at the cabin for three weeks.

Carson said a retired firefighter in the area heard the explosion, went to investigate the incident and was able to pull the woman out.

She was taken to the hospital in Heber and was being transported to the University of Utah, Carson said.

Carson stated none of the children were injured in the explosion.

Photos from the area show the structure engulfed in flames. 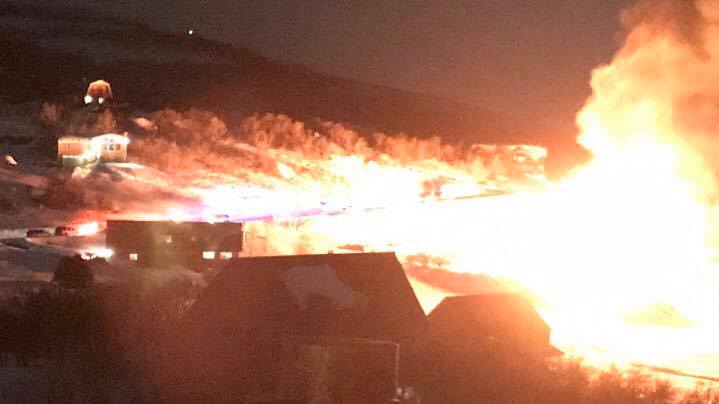 This is a breaking news story. Additional details will be posted as they become available.