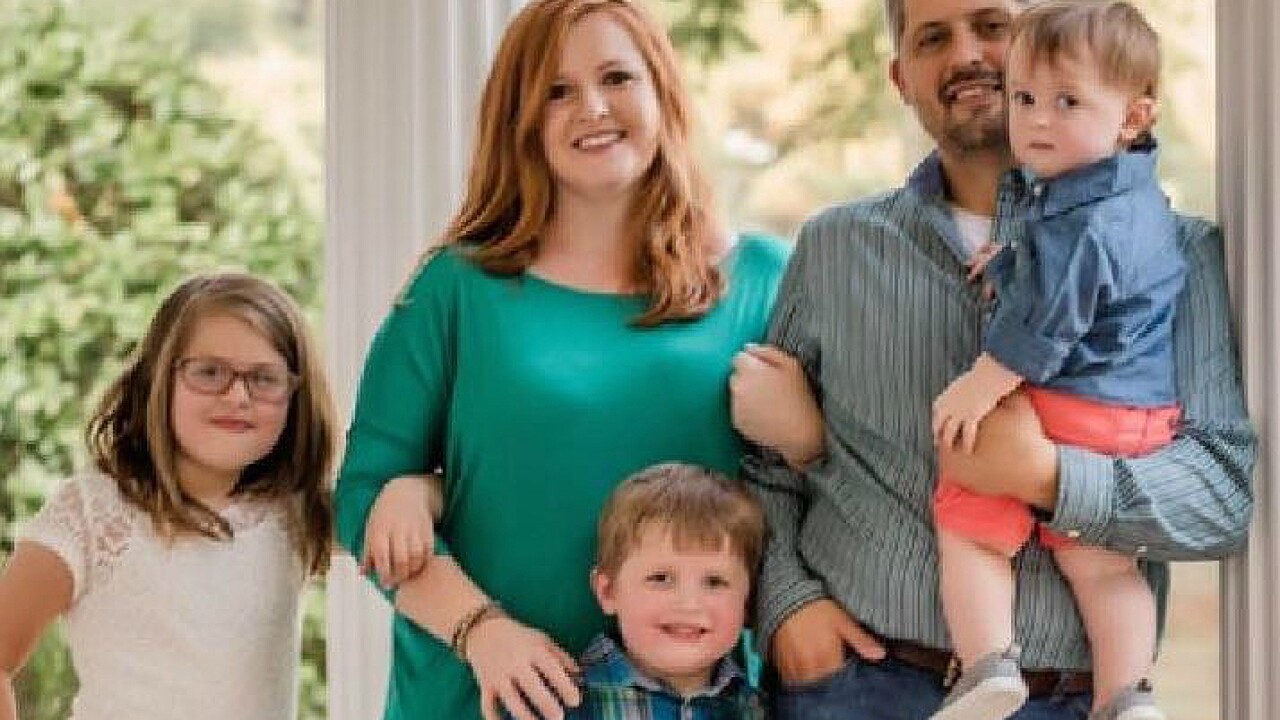 AURORA, Illinois – The day after Valentine’s Day, Terra Pinkard received a final text message from the love of her life.

“It took me several times reading it for it to hit me that it was for real,” Pinkard wrote in a Facebook post on Sunday. “I called his phone several times, text, FaceTime, nothing.”

After calling Henry Pratt Co., the Aurora, Illinois plant where her husband Josh Pinkard worked, she learned that police were at the building, Pinkard wrote.

She drove to the industrial valve manufacturer’s warehouse, then to two hospitals — waiting for hours — before learning at a staging area for families that Josh was one of five people killed in a shooting at the plant Friday afternoon.

“With my pastor’s help, since family was still on planes to get to us, I told my children their dad did not make it and is in heaven with Jesus. I’ve never had to do something that hard,” Pinkard wrote on Facebook.

She wrote that she cannot talk about her husband without breaking down in sobs.

“I’m crying now as I write this. I want to shout from the rooftops about how amazing Josh was!” the post reads. “The man who was dying and found the clarity of mind for just a second to send me one last text to let me know he would always love me.”

Gunman began shooting after learning he was fired

Authorities said Martin brought a pistol to his termination meeting at the plant and started shooting when he found out he’d been fired.

After fatally shooting people in the room at the manufacturing business where he’d worked for 15 years, he stormed into the warehouse, witnesses said. There, he shot at more employees.

The rampage lasted about 90 minutes before police killed him in a shootout.

The gunman did not legally own the pistol he used in the attack, Aurora Police Chief Kristen Ziman said at a news conference Saturday.

A background check for a concealed-carry permit in 2014 had flagged a conviction for aggravated assault in Mississippi in 1995, she said, and he had been asked to voluntarily surrender the weapon to police, Ziman said.

Why he didn’t will be part of the investigation of the incident, the police chief said.

Police on Saturday released the names of the five workers killed:

‘A huge bright light has left this world’

Two vigils were held on Sunday at the site with members of the suburban community joining the victims’ families to remember those shot and pray for peace.

The city estimated that more than 1,700 people withstood freezing rain at the first gathering to remember the victims.

After the vigils, members of the community carried crosses for each of the five victims in a procession from the plant to the Aurora Police Department. After the second procession, the crowd entered the police station and greeted members of law enforcement with hugs and handshakes.

But for those who lost loved ones, healing will take time.