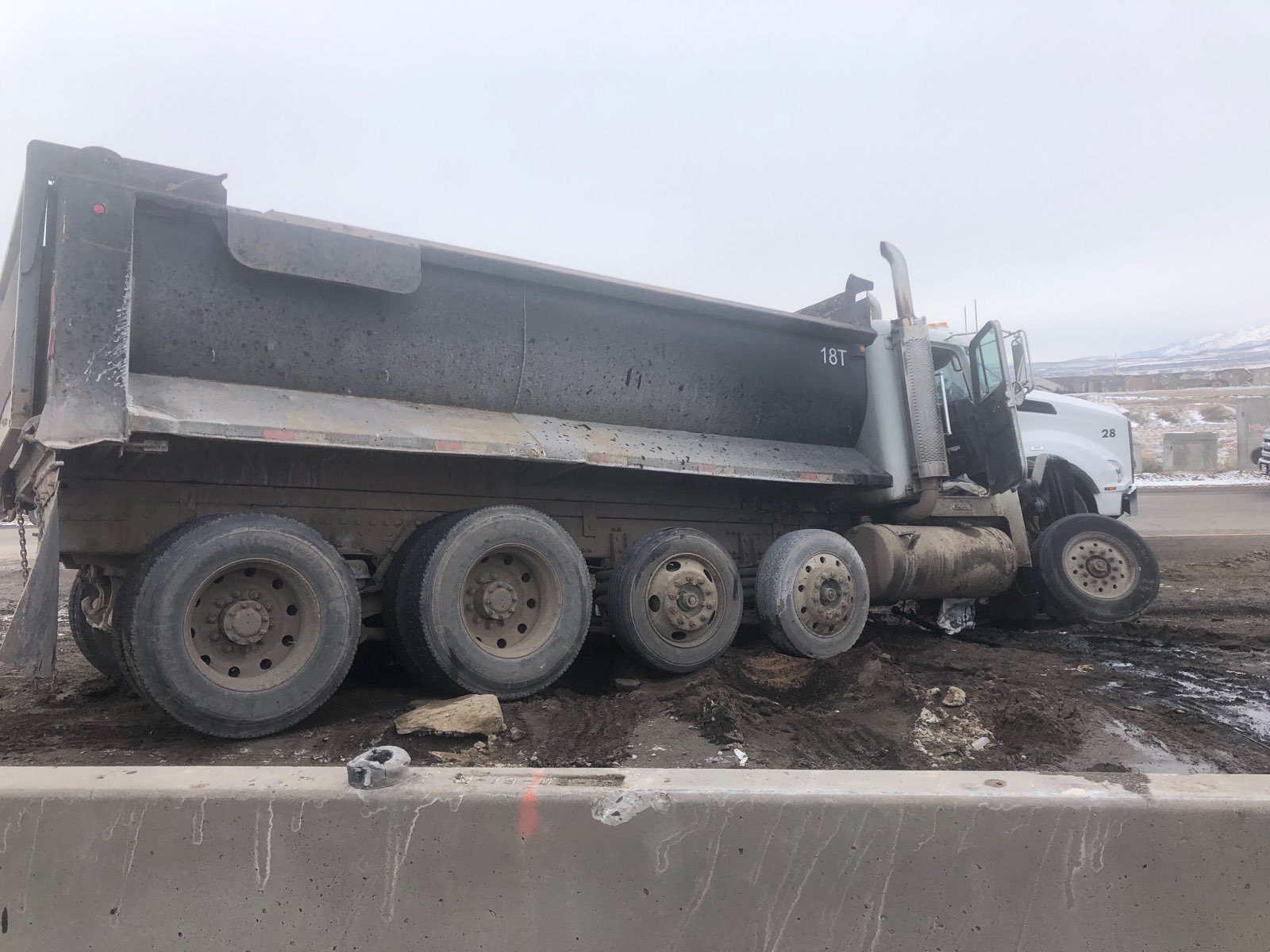 UPDATE: The closures appear to have been lifted Thursday afternoon and officials confirm there were no serious injuries associated with the crash.

LEHI, Utah — The right three lanes of southbound I-15 are closed in the Lehi area as crews clean up after a crash involving two commercial vehicles.

Sgt. Nick Street of the Utah Highway Patrol said the crash involved a dump truck and another commercial vehicle, and the dump truck ended up on its side.

The cause of the crash was not immediately clear.

Hazmat crews have responded to clean up some spilled fuel, and Street said they will need heavy wreckers to clear the crash scene. The lane closures are expected to persist for some time as a result.

The nature and extent of the injuries, if any, were not immediately clear.