Trump picks US ambassador to Canada for UN ambassador 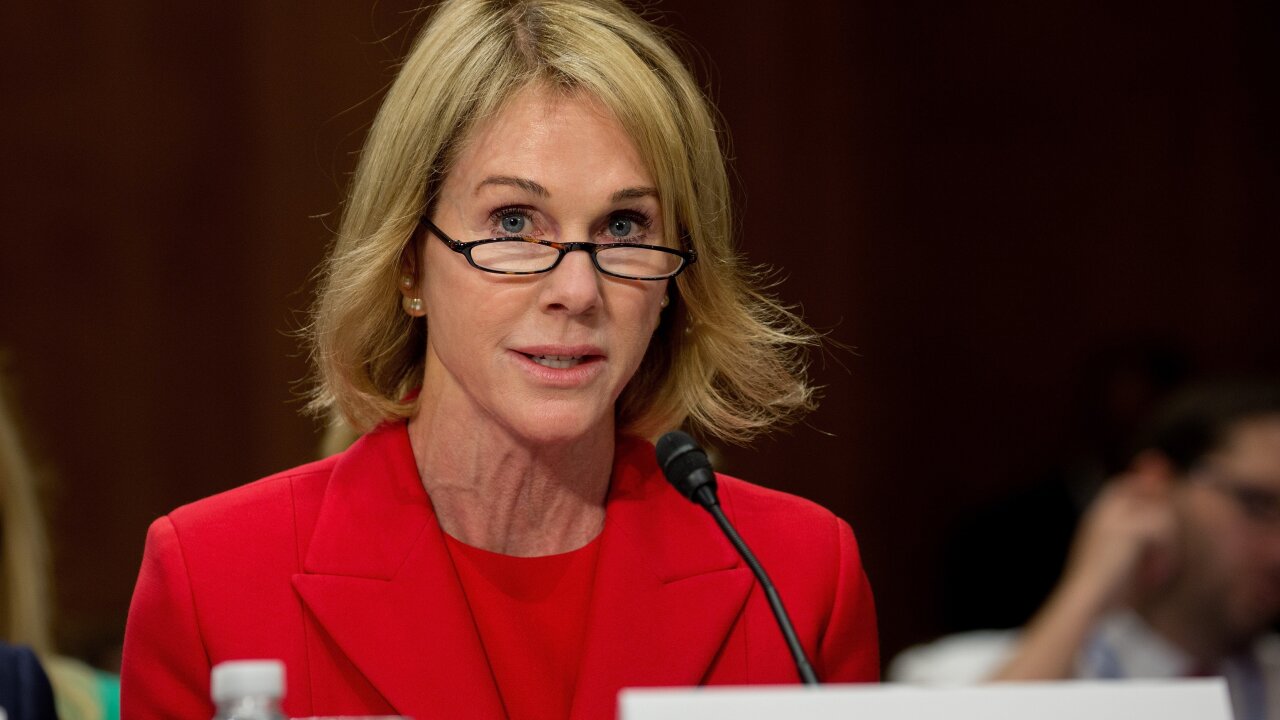 President Donald Trump said Friday he intends to nominate the current American ambassador to Canada, Kelly Knight Craft, to be the new US ambassador to the United Nations.

(CNN) — President Donald Trump said Friday he intends to nominate the current American ambassador to Canada to be the new US ambassador to the United Nations.

“I am pleased to announce that Kelly Knight Craft, our current Ambassador to Canada, is being nominated to be United States Ambassador to the United Nations,” Trump wrote on Twitter.

He followed up in a second tweet, saying, “Kelly has done an outstanding job representing our Nation and I have no doubt that, under her leadership, our Country will be represented at the highest level. Congratulations to Kelly and her entire family!”

Haley on Friday tweeted congratulations to Craft, writing: “Congratulations to Kelly Craft. She’s done a great job representing us as @USAmbCanada and we know she’ll be a strong voice for America at the United Nations. #USstrong.”

CNN reported earlier this week that Craft was being considered, along with US Ambassador to Germany Richard Grenell, US Ambassador to France Jamie McCourt and former National Security Council official Dina Powell.

Secretary of State Mike Pompeo released a statement on Friday applauding Trump’s announcement, saying he is “very pleased” and that Craft “has been an outstanding advocate for America’s national security and economic interests in Canada and she is extremely well-qualified to do the same at the United Nations.”

“I look forward to her confirmation and continuing to work with her at the United Nations,” Pompeo said in the statement.

The Kentucky native and her husband, billionaire coal mining executive Joe Craft, have been heavyweight Republican funders. In the 2016 presidential race, they initially backed Florida Sen. Marco Rubio to be the Republican nominee for president before switching their allegiance to Trump.

The next year, Trump nominated Craft to be ambassador to Canada, a position she officially assumed in October 2017.

Shortly after arriving in Ottawa, Craft earned some ridicule for telling the CBC she understood “both sides” of the debate on climate change. Both, she said, “have their own results, from their studies, and I appreciate and I respect both sides of the science.”

Craft is likely to encounter some wariness. Trump and his senior staff have made their dislike for the United Nations clear, earning the distrust of many at the institution and at times, their mockery. The President has referred to the world body as “just a club for people to get together, talk and have a good time” and repeatedly attacked the institution’s core principle of multilateralism.

When he addressed the UN General Assembly in 2018, Trump claimed his administration had achieved “more than almost any administration in the history of the country” — and was met with open laughter.

National security adviser John Bolton, a former ambassador to the UN under President George W. Bush, was openly hostile toward the UN during his 2005 to 2006 tenure. The Trump administration has cut US contributions to the UN, pulled out of several of UN organizations and opposed core UN-backed initiatives in recent years, including the Paris Agreement on climate and the Iran nuclear deal.

Trump had wanted a woman to lead the US delegation at the United Nations, sources have told CNN. His original pick, Nauert, bowed out after it came to light that she had employed a nanny who was legally present in the US, but wasn’t legally permitted to work.

The post, which had been a Cabinet level position under Haley, is widely expected to be downgraded.

Secretary of State Mike Pompeo had told aides he wanted the post downgraded after Haley leaves, an official familiar with his remark has told CNN. And Bolton has also been said to want the role downgraded, according to people familiar with his thinking.

The shift means Craft would wield less clout than her predecessor, both at the UN and within the administration, and as a result, would pose nowhere near the challenge to Bolton or Pompeo.