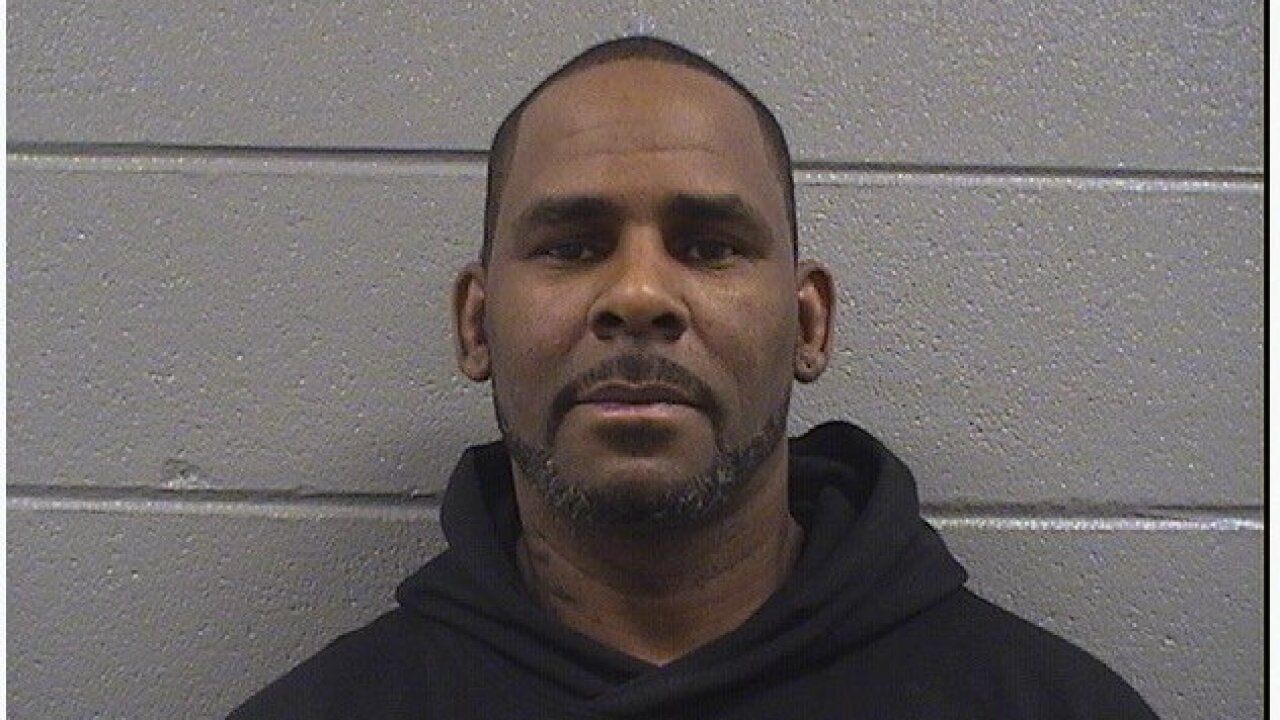 Kelly, one of the most successful R&B artists of all time, was indicted on 10 counts of aggravated sexual abuse of four victims, prosecutors said. His attorney, Steve Greenberg, pleaded not guilty on his behalf.

Kelly turned himself in to Chicago police on Friday following his indictment. He was unable to post the $100,000 bail until Monday.

A wall of television cameras and reporters awaited Kelly outside a gate at the jail. He walked out of the facility with his lawyer and straight into a van without saying anything.

Three of the accusers were underage at the time of the alleged crimes.

Attorney Michael Avenatti, who represents one of the accusers, said new witnesses and more videos indicate Kelly “deserves to be locked up for the rest of his life.”

“Over the weekend, we have encountered a number of additional witnesses who we have interviewed, who we are in the process of preparing to meet with prosecutors,” Avenatti said Monday.

“Each of these witnesses describe a decadeslong system of abuse by Mr. Kelly of underage girls.”

Avenatti said two more videos incriminate Kelly — in addition to one previously viewed by CNN that shows a man who appears to be Kelly performing sex acts with a girl.

The first video shows actions that mirror some of the alleged acts for which Kelly was arrested on child pornography charges in 2002. Kelly was acquitted six years later.

On Monday, Avenatti said a second video was turned over to prosecutors.

“The videotape depicts Mr. Kelly engaged in illegal sexual assault of a 14-year-old girl. It is approximately 55 minutes in length,” Avenatti said. “It leaves no question as to Mr. Kelly’s guilt on the tape.”

He said he has also learned of a third video, but wouldn’t specify what was on it.

Kelly’s attorney warned against judging his client too quickly. Greenberg said he hasn’t seen the videos and can’t confirm whether Kelly is in them.

“All of this is ridiculously premature,” he said.

Attorneys duke it out over credibility

She said one of the alleged victims gave authorities a shirt she wore during an alleged encounter with Kelly, which later tested positive for Kelly’s DNA.

Prosecutors say there is a video that shows multiple sex acts, allegedly with Kelly and a girl who repeatedly refers to her 14-year-old genitalia.

But Kelly’s attorney said he doesn’t believe the accusers.

“I believe all the women are lying,” Greenberg said.

Avenatti fired back at Greenberg, calling his statements “outrageous and completely unprofessional.”

“Had these victims not been black, and had they not come from — in many cases — disadvantaged households,” their claims would have been taken more seriously, Avenatti said.

The singer faced eviction from his studio

But Kelly’s lawyer said he “really doesn’t have any money at this point.” He cited “mismanagement,” “hangers-on” and “bad deals” as some of the reasons

Kelly’s surprising money problems include go beyond his struggle to post bail.

He risked eviction from his Chicago studio last month because he owes more than $166,000 in unpaid rent.

But Kelly was still at the studio minutes before he turned himself in to police on Friday night.

The eviction process began in July 2018 when the landlord, Midwest Commercial Funding LLC, said Kelly defaulted on the lease by initially failing to pay more than $79,000 in rent. The back rent continued to pile up, and the judge finally signed off on an eviction.

According to The Atlanta Journal-Constitution, Kelly also owes a Georgia property management company more than $31,000 in past due rent payments for two homes in suburban Atlanta.

According to court documents reviewed by CNN, Kelly owed more than $169,000 in unpaid child support to his ex-wife as of February 6.

The court ordered Kelly to make a monthly payment of $20,833 on January 8, 2009, but Kelly failed to show up to that hearing, the documents state.

Greenberg said his client “does not have to pay the child support before getting out” on bail.

Kelly’s next court hearing is scheduled for March 22.