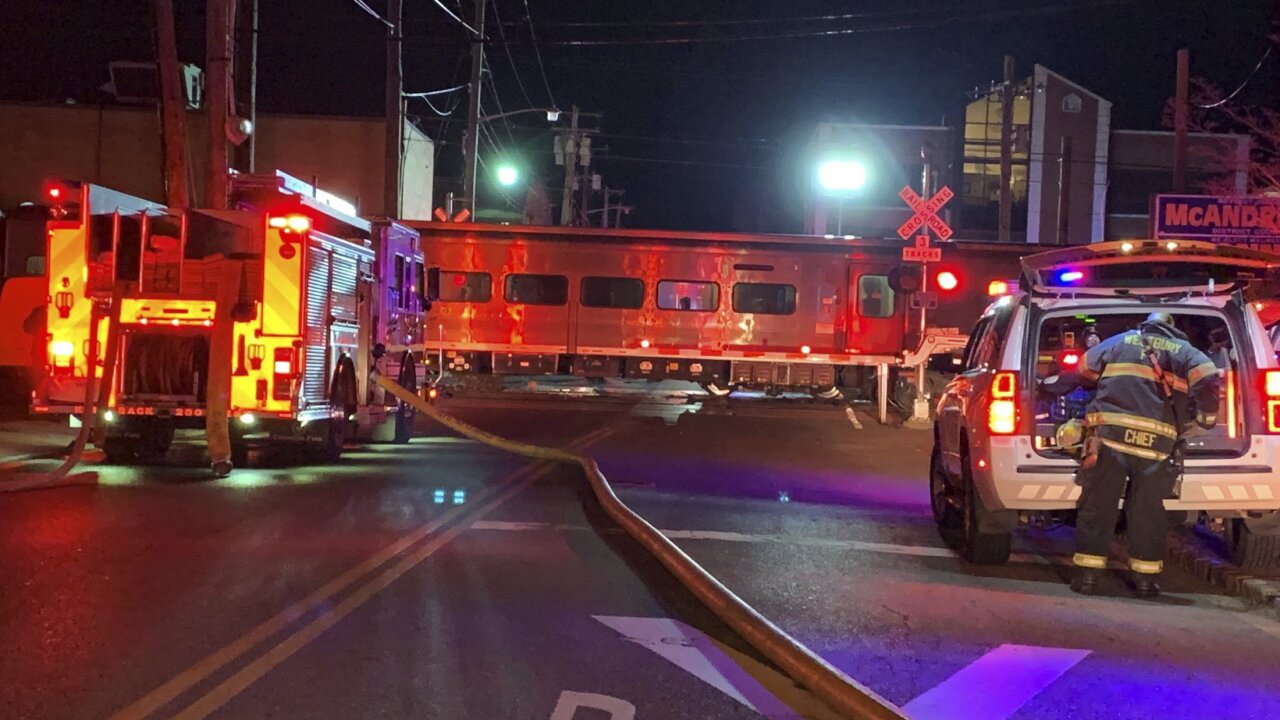 The vehicle reportedly drove around railroad crossing gates in Westbury, New York, Eng said. The three dead were in the vehicle, Eng said, and the injured included seven train passengers, a conductor, and an engineer.

The injured were transported to area hospitals with minor injuries, Eng said.

“This is a … very tragic cautionary tale that you just don’t try to beat the train. It’s not, it’s not going to work,” Nassau County Executive Laura Curran said.

The first strike came from an eastbound train leaving the Westbury station and carrying about 100 people, Eng said.

Then a westbound train, traveling at a higher speed and carrying about 800 people, struck the vehicle. According to Eng, the front two train cars of that train derailed and struck the platform at Westbury station.

About 200 feet of track has been damaged, along with the third rail, and the Westbury platform, Eng said.