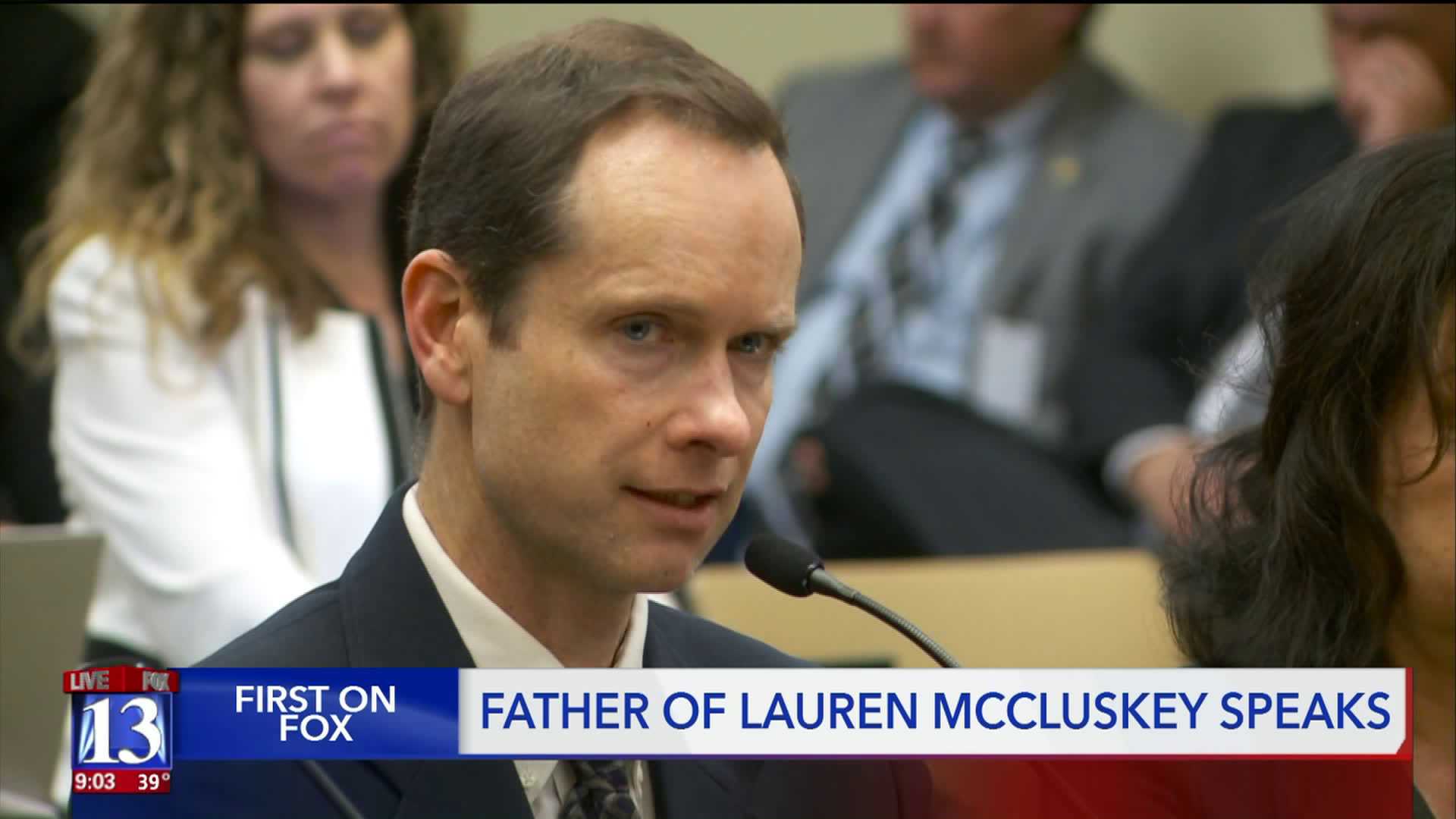 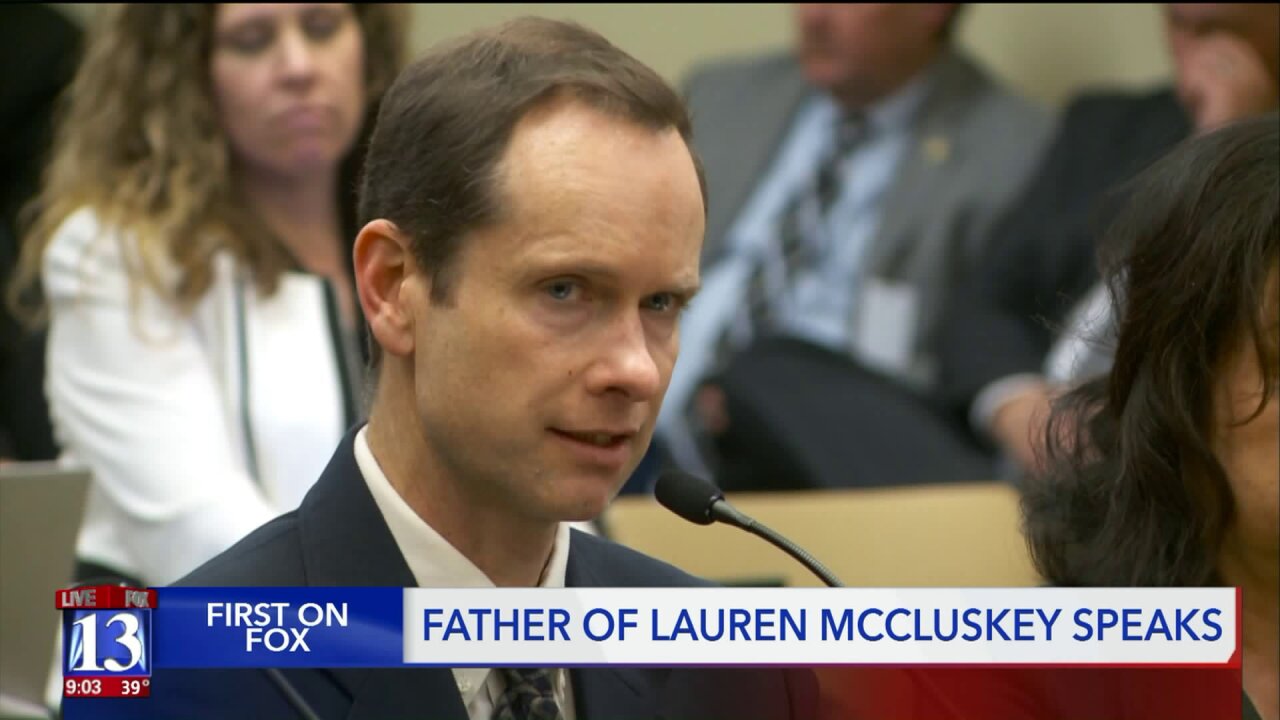 SALT LAKE CITY -- The father of a student murdered on the University of Utah campus late last year made a passionate plea to Utah lawmakers on Monday.

His daughter, Lauren McCluskey, was shot and killed by an ex-boyfriend.

“On October 22nd, a light went out of our lives,” Matt McCluskey said.

The House Education committee was hearing S.B. 134, a statewide campus safety bill. The bill would change how campus police deal with stalking, domestic violence and dating violence reports. It would also change how police agencies coordinate with each other for campus related issues.

“The bill under consideration, if enacted into law and exercised vigorously will remedy many of the systemic failures that were identified and exposed by this terrible event,” Matt McCluskey said.

In the days leading up to Lauren’s death, multiple reports were made to campus police and Salt Lake City police about the suspect’s behavior. Jill McCluskey, Lauren’s mother, called police worried he would hurt her daughter. Friends of Lauren’s reported he made threats to bring a gun on campus.

“We in law enforcement have got to do better,” Salt Lake City Police Chief Mike Brown said.

The bill passed out of committee unanimously. It will move on to the full House.

“It’s a pain that’s so complete you can’t almost describe it," Matt McCluskey said. "Every minute I think of Lauren, but at the same time, we put one foot in front of the other and we go to work and try to improve things for others and that gives us some joy."