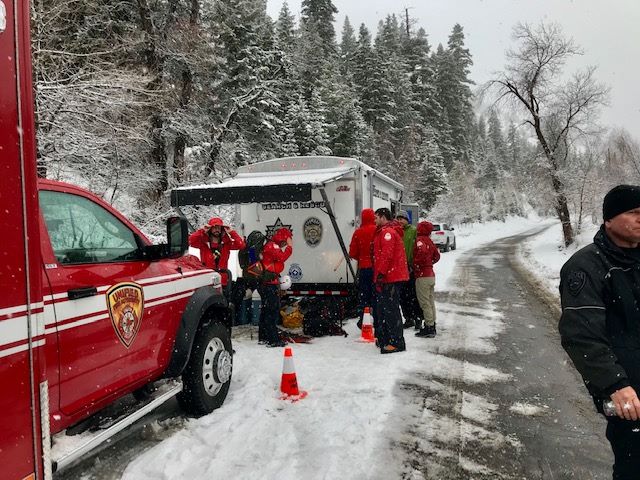 According to Salt Lake County Sheriff’s Search and Rescue, four young adults decided to go hiking around 1 a.m., and all of them were unprepared for cold and wet winter weather conditions.

“They estimated that they hiked around 4 miles in the snow. At some point, one of the four sat down and decided he couldn’t go on,” a Facebook post from Salt Lake County Sheriff’s Search and Rescue said.

The other three hikers went back down the trail to call for help. Search and rescue crews were called to the scene around 6:30 a.m.

When search and rescue crews arrived, they found the fourth hiker about a half mile from the trailhead. He was wearing wet jeans, a t-shirt, a flannel shirt and Vans shoes, one of which he was carrying in his hand, the Facebook post said.

“Team 1 did a very quick assessment, put a warm dry coat and gloves and put his shoe back on and quickly walked him down to an awaiting and warm ambulance,” the Facebook post said.