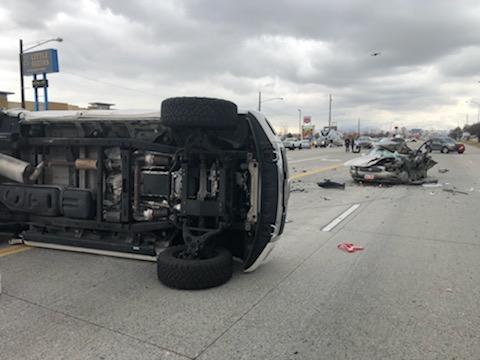 PROVO, Utah — One person was critically injured Thursday morning in a rollover crash in Provo.

The crash forced police to close the northbound lanes of University Ave. in the area, and police reported all affected roadways were clear as of 2:30 p.m.