SALINA, Utah – A boy is dead and four others were injured after a rollover crash Friday.

According to a press release from the Utah Highway Patrol, five people were inside a Buick Rendezvous heading westbound on I-70 near milepost 61.

The driver of the vehicle fell asleep and drifted off the left side of the road leading up to the rollover, police said.

Police said a boy had been ejected from the vehicle and died of his injuries.

Another occupant of the vehicle was critically injured and flown to a hospital by medical helicopter.

The driver along with the other two occupants suffered minor injuries. 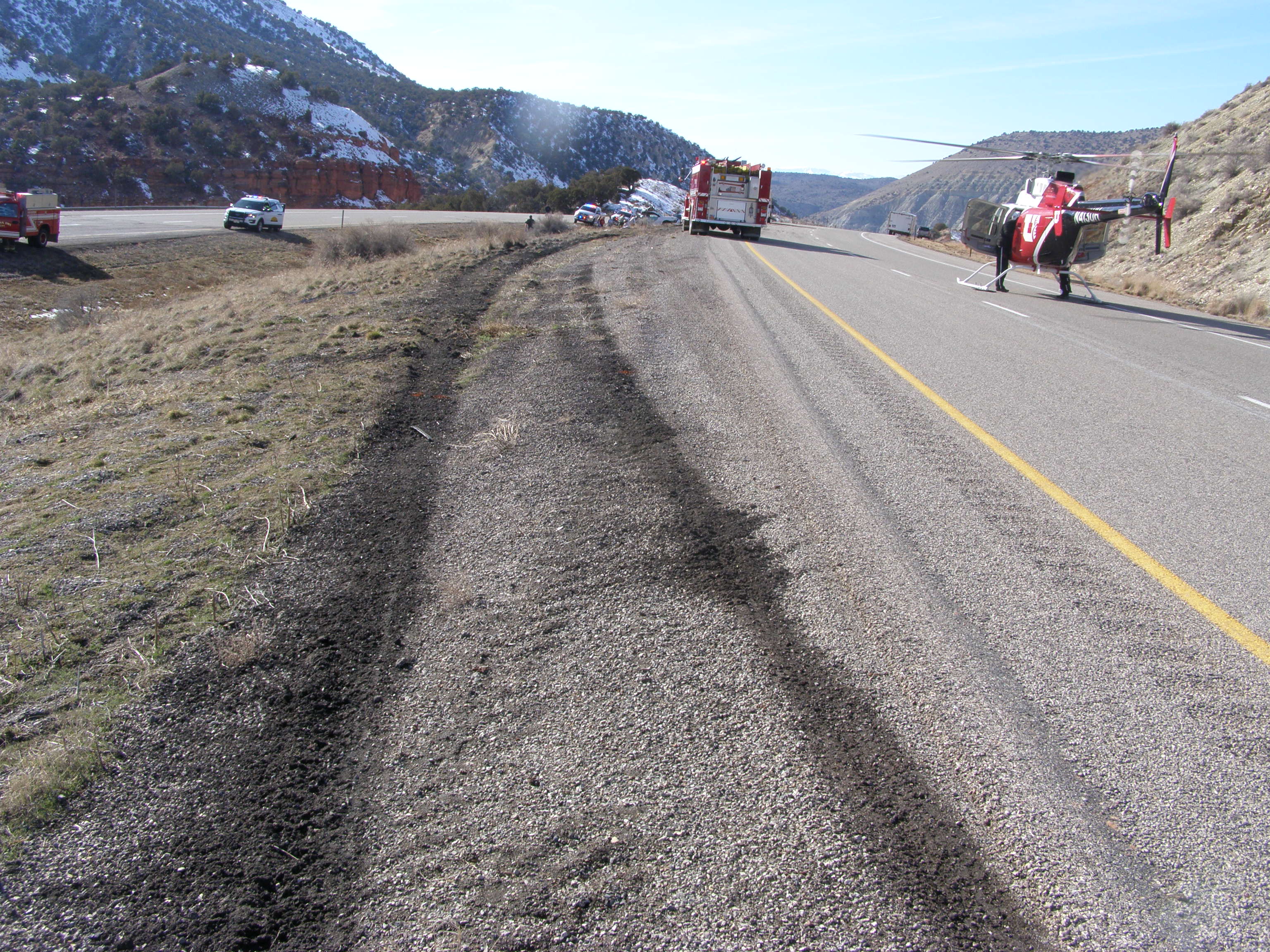