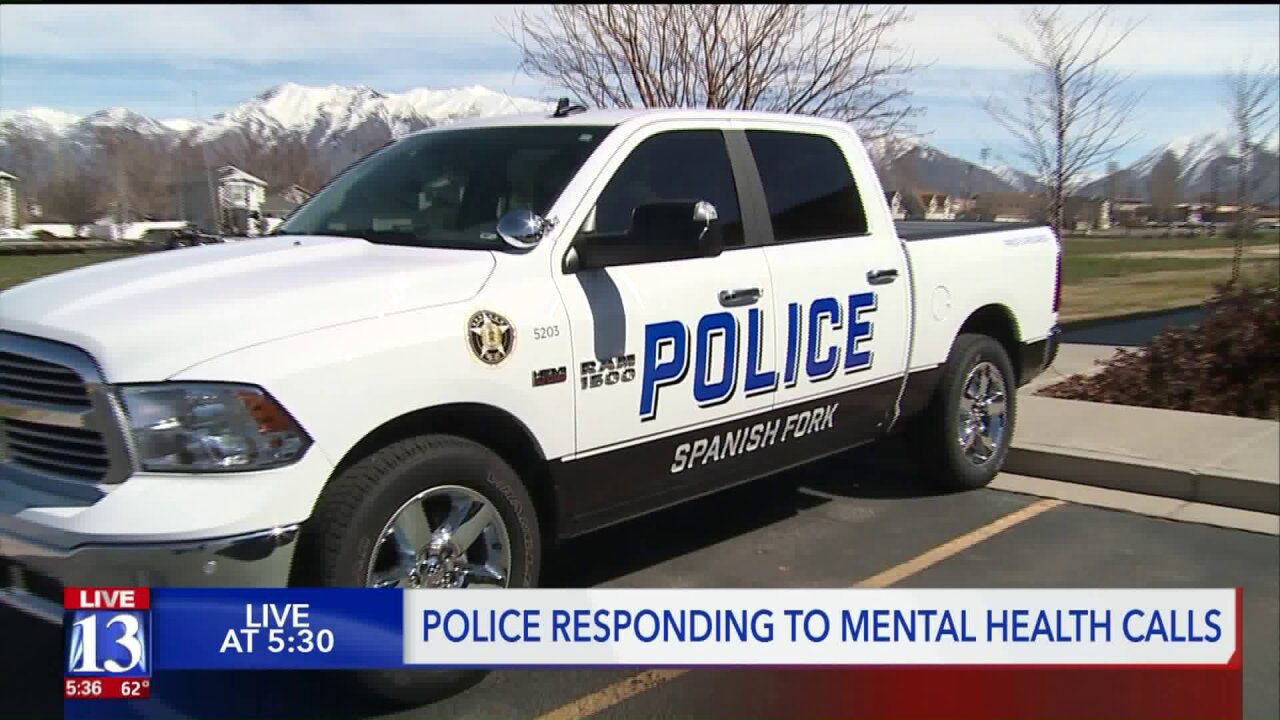 SPANISH FORK – Local police departments are joining a campaign they say will help them better handle an issue they face every day; mental health.

"There was an individual that had taken some blankets and towels and was wrapping them around mailboxes and different things and was talking to himself loudly," said Lt. Brandon Anderson of the Spanish Fork Police Department.

Anderson said the demands of their community have changed, so as a department, they too must change to better protect and serve.

"There was a time in the past when maybe you arrested somebody, and they were incarcerated in jail," said Anderson, "Where that’s maybe not the best place for someone who is suffering from a mental illness."

This is why the department has joined the "One Mind Campaign," initiated by the International Association of Chiefs of Police.

"It’s a campaign, or pledge, for agencies to bring the community, law enforcement, and mental health all together as one," Anderson said.

"They encounter people; maybe the same person multiple times, maybe even several times a day. If we work together, we can get them help, and so the first message is that treatment works," said Randy Huntington, director at Wasatch Mental Health.

Huntington said it is important for law enforcement to have the right tools since they're usually the first ones to respond.

"It really does take a village," Huntington said. "It takes a village to help people."