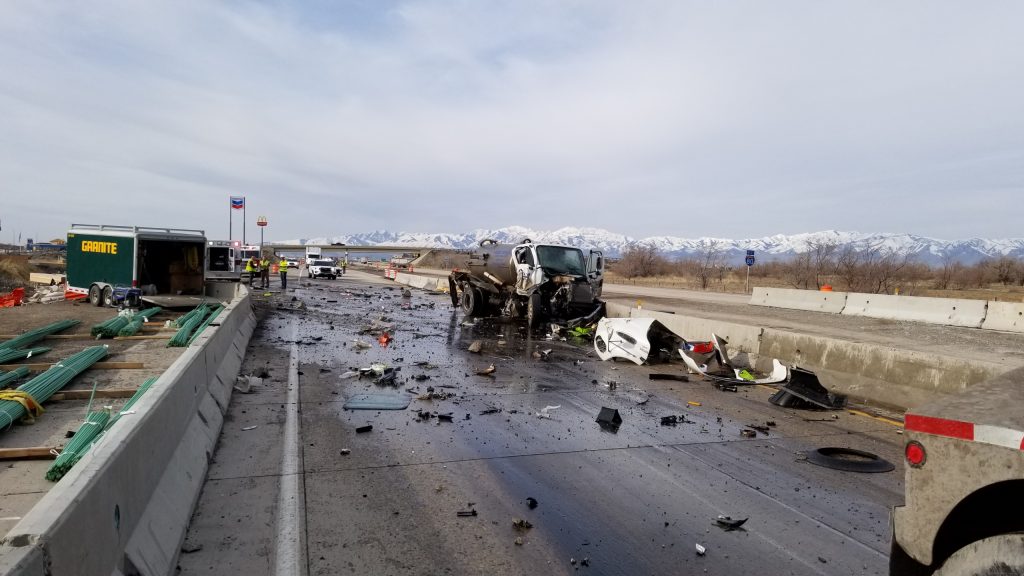 TOOELE COUNTY, Utah — Two people were taken to hospitals after a pair of commercial vehicles collided on I-80 Tuesday morning.

According to the Utah Highway Patrol, the crash occurred around 9:18 a.m. near the exit 99 ramp along I-80.

A contractor for a portable toilet company was servicing the toilets in a construction area and driving a truck with a 5,000 gallon tank.

Troopers said he attempted to drive across eastbound lanes of I-80, and pulled out in front of a commercial vehicle pulling double trailers loaded with a gravel rock product.

The two vehicles collided, which caused a “substantial” fuel spill. The 5,000 gallon tank was also breached.

The driver of the vehicle pulling the double trailers was treated at the scene and released.

The driver of the tanker truck was taken to Mountain West hospital in good condition.

A passenger in the tanker truck was flown to U of U hospital in fair condition with a head and leg injury.

Both vehicles sustained major damage and have blocked eastbound lanes of I-80. Traffic has been diverted at exit 99 and “is able to easily re-enter I-80 from SR-36.”

That closure is expected to persist for several hours Tuesday.