Two killed in crash on westbound SR-201 near Magna 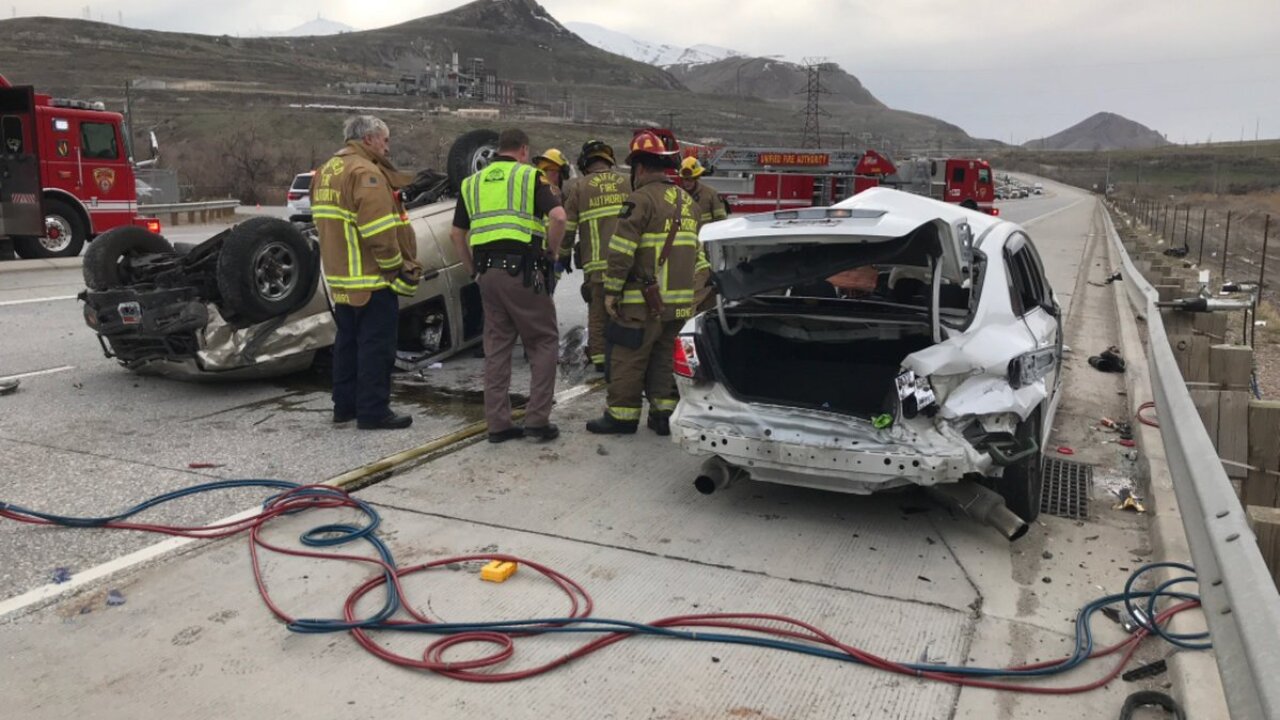 MAGNA, Utah –Two people are dead and one person is in serious condition following a crash on SR-201 near 9120 West in Magna on Wednesday.

Utah Highway Patrol says a white Subaru was attempting a left-hand turn onto SR-201 at about 4:42 pm when it pulled in front of a gold Nissan Pathfinder.

Investigators say the Nissan did not have time to stop, and t-boned the Subaru’s driver side door.

Two men in the Subaru, ages 21 and 26, were pronounced dead on the scene. Troopers are not identifying the men at this time.

Emergency responders took the driver of the Nissan to Intermountain Medical Center in Murray in serious condition.

Utah Highway Patrol is investigating if impairment was a factor in the crash.

SR-201 was closed in both directions for several hours Wednesday evening while troopers investigated the crash. Traffic in all directions has since reopened.

Early photos of the double fatal crash on SR201 at about 9400 W. The roadway will be closed for at least a couple hours. Additional details will follow. pic.twitter.com/U7BhVpOyqH