Provo woman booked after drinking mouthwash to get intoxicated, asking police if she could smoke marijuana 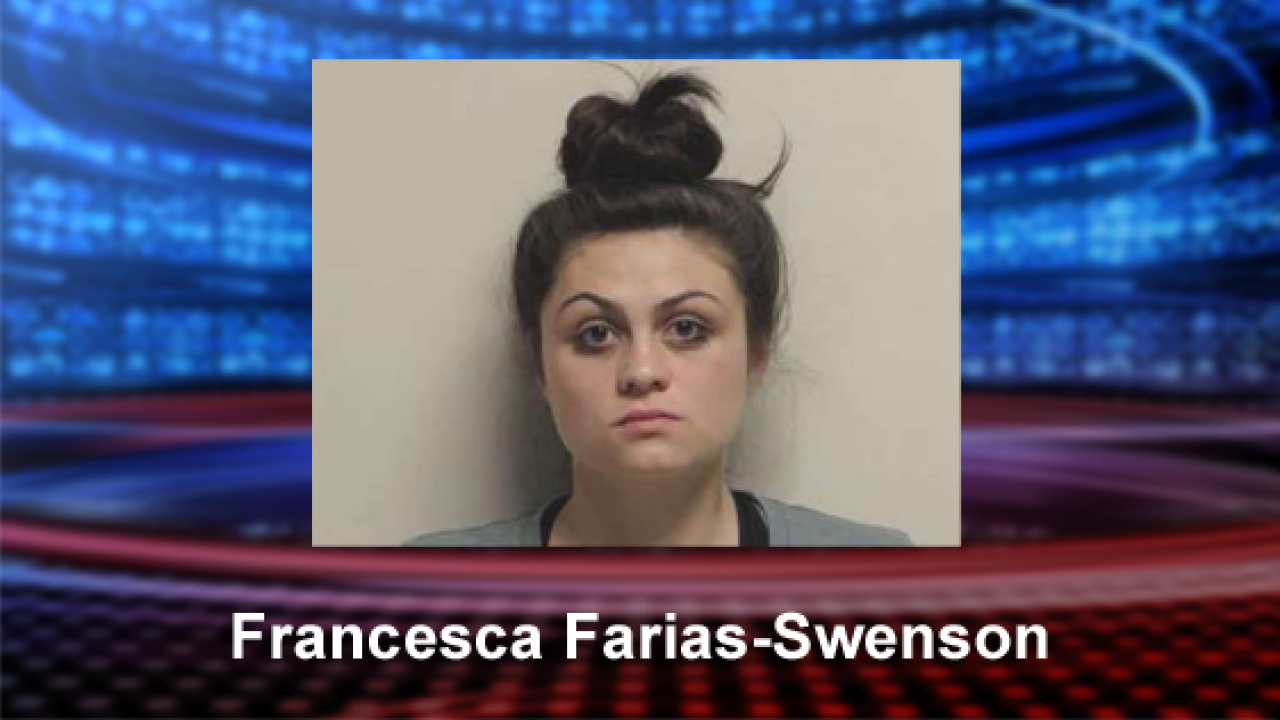 PROVO, Utah – A 20-year-old woman was booked after drinking mouthwash to get intoxicated and asking police if she could smoke marijuana before going to jail, according to the probable cause statement.

Francesca Farias-Swenson was booked into Utah County Jail Thursday after police said she was drinking mouthwash to get intoxicated and planned to go up Provo Canyon with her boyfriend.

Farias-Swenson called him to come pick her up; she later became angry with him and began kicking the front window of his car before he dropped her off at her parents’ house.

Farias-Swenson’s parents refused to let her in and she began walking down the road.

Police said her feet were bleeding from the glass and she had a bottle of mouthwash that she told police she had been drinking from.

Farias-Swenson then asked police if she could smoke a bowl of marijuana before going to jail and said she had a pill bottle with marijuana in it.

She is facing charges of criminal mischief, possession or use of a controlled substance and consumption of alcohol by a minor.