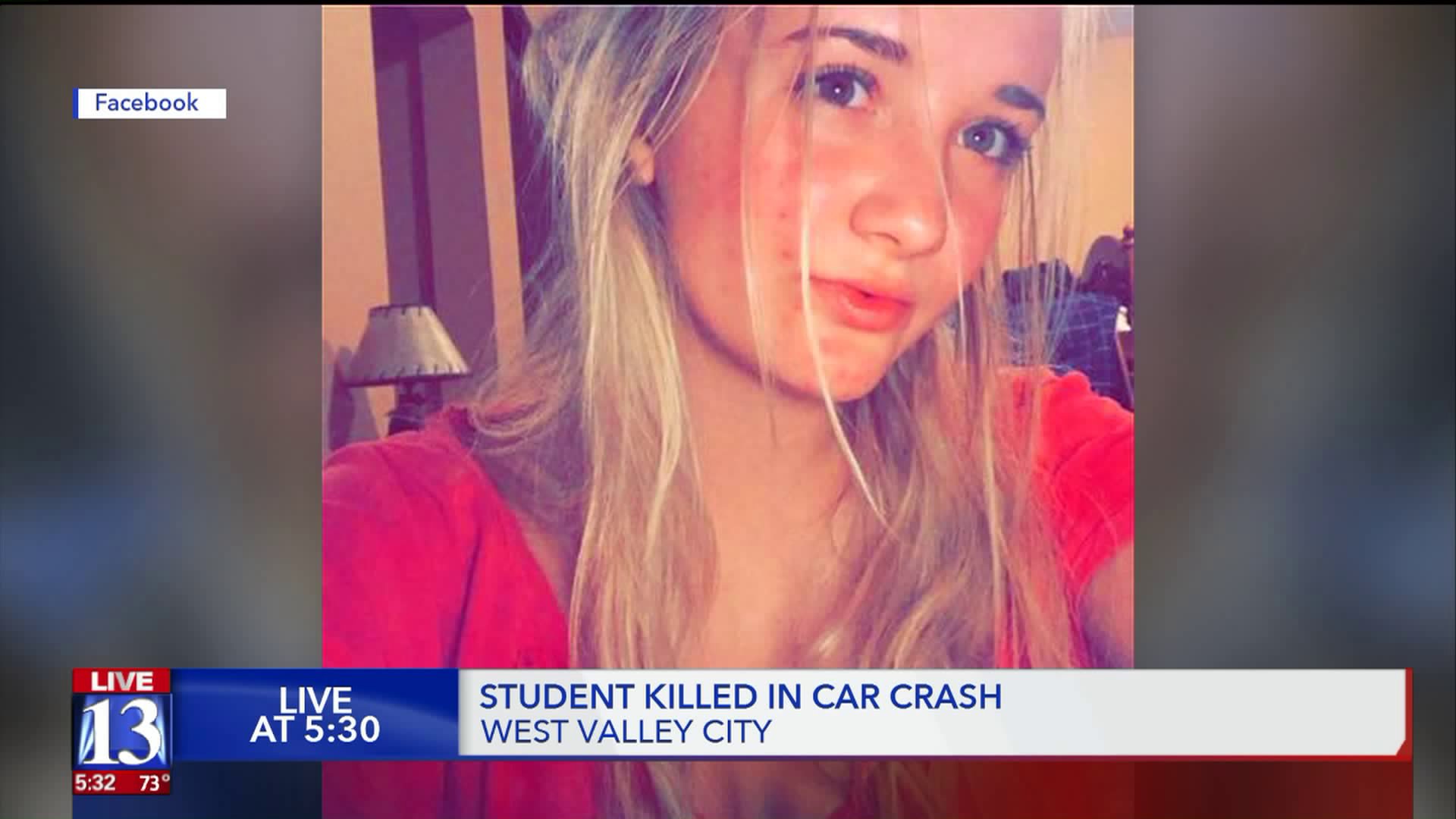 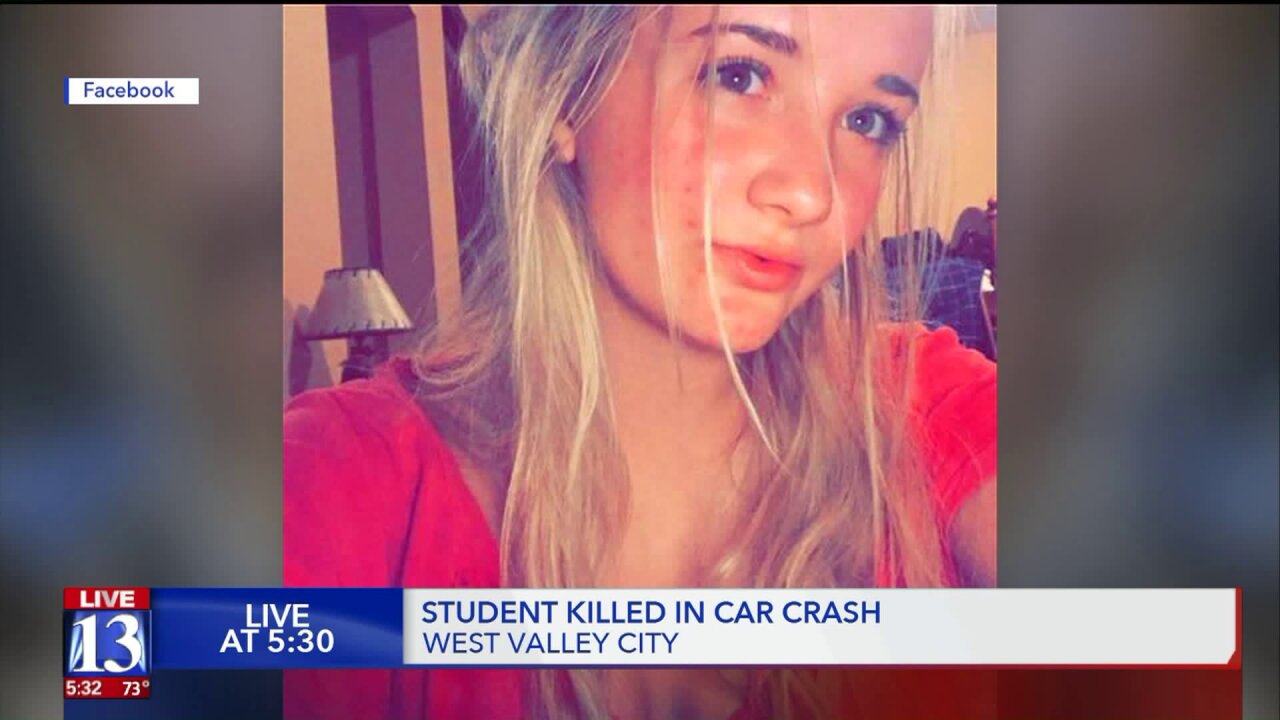 WEST VALLEY CITY, Utah – Authorities have identified the woman who was killed in a crash on Mountain View Corridor Wednesday night as 18-year-old Talia Littlefield of Tooele.

Littlefield attended Stansbury High School and was set to graduate this spring.

"It was a big emotional thing," said Stansbury High junior Zach King. "She was a very big person in our school. She had lots of friends and she was well known."

The crash occurred at the intersection of 6200 South and Mountain View Corridor, and police first tweeted about it shortly before 9 p.m. Wednesday.

West Valley City Police stated a 17-year-old girl traveling westbound ran a red light and collided with another vehicle. Littlefield was riding as a passenger in the car that entered the intersection against the light.

"Our thoughts and prayers will be with [the driver] too," said Tooele County School District Superintendent Scott Rogers. "I know survivor guilt is a real thing and it`s hard to deal with."

"She had a twin brother and I bet it`s really hard for him, but they`re getting lots of support and love from everyone throughout the school and just the community," King said. "It's got to be hard though."

The school district said there will be counselors at Stansbury High throughout the week and said if any student, parent or teacher is having trouble digesting what just happened they should not have to grieve alone. Please reach out to the school or the district for help.