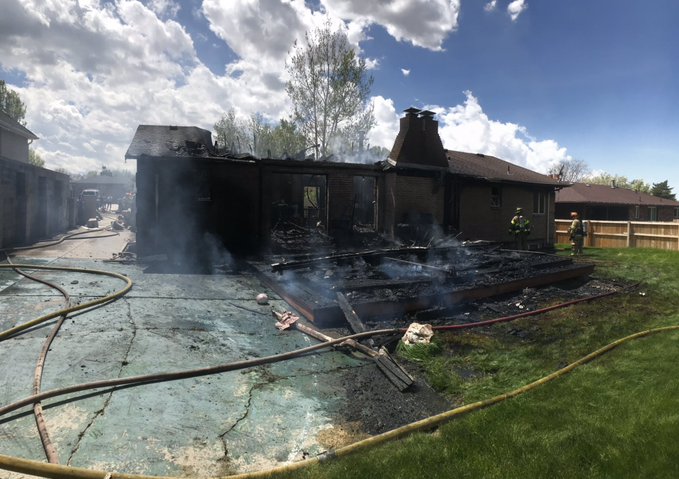 According to Murray City Fire, the fire occurred at 630 W Clover Crest Dr.  The fire was under control by 2 p.m. and firefighters continued to put out hot spots at that time.

No people were injured, but a dog may have been killed in the fire, according to a tweet from the fire department.