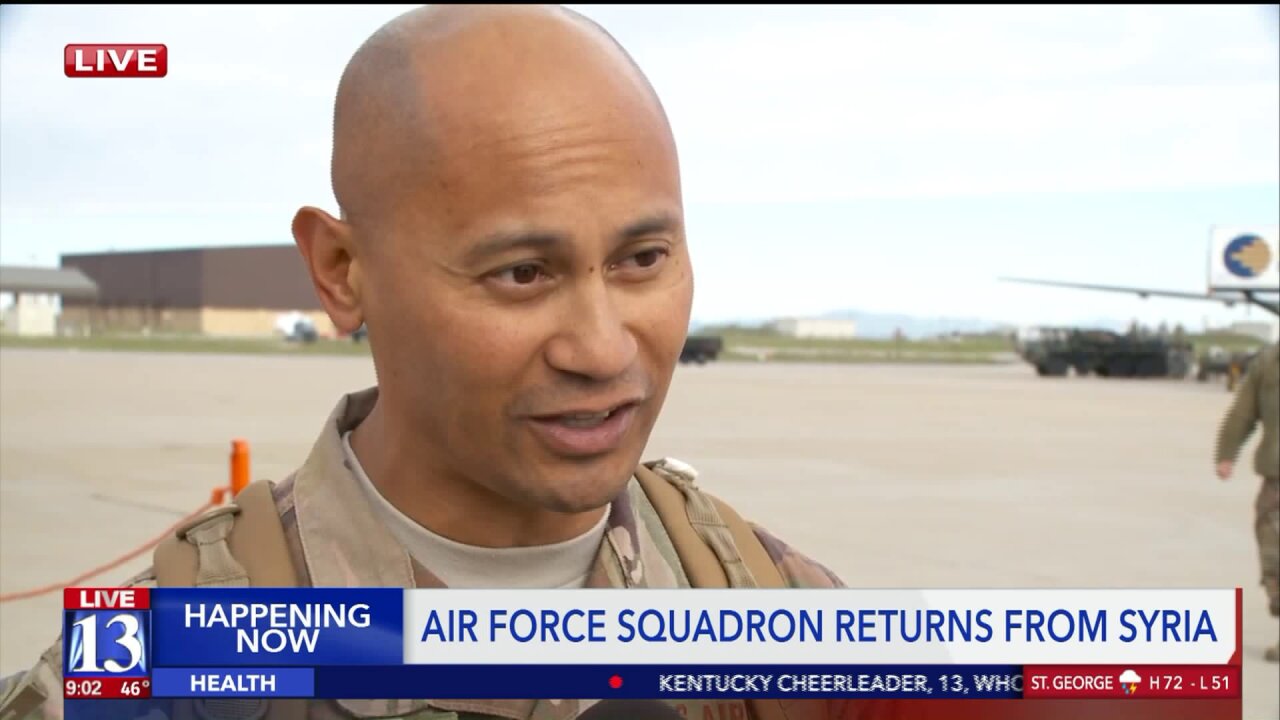 LAYTON, Utah — After a seven-month deployment in the Middle East, 128 members of the 729th Air Control Squadron returned to Hill Air Force Base Monday morning.

"The camaraderie built during deployment - it brings such a small unit so close together. We all go through the same struggles and it's something that we can take with us for the rest of our lives," said one airman who returned Monday.

The airmen were supporting "several named operations that contributed to the defeat of the ISIS caliphate in Syria," according to a news release from HAFB.

The duties of the 729th ACS include aircraft control, surveillance, weapons direction and equipment maintenance.