OGDEN, Utah — An Ogden Police car was involved in a crash Sunday afternoon.

The police car hit the the right front side of the Saturn.

The driver of the Saturn admitted fault, Lt. Christensen said. 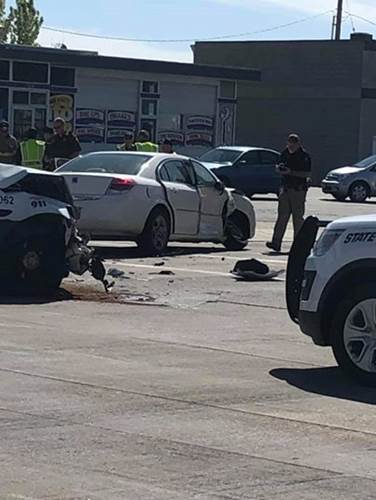