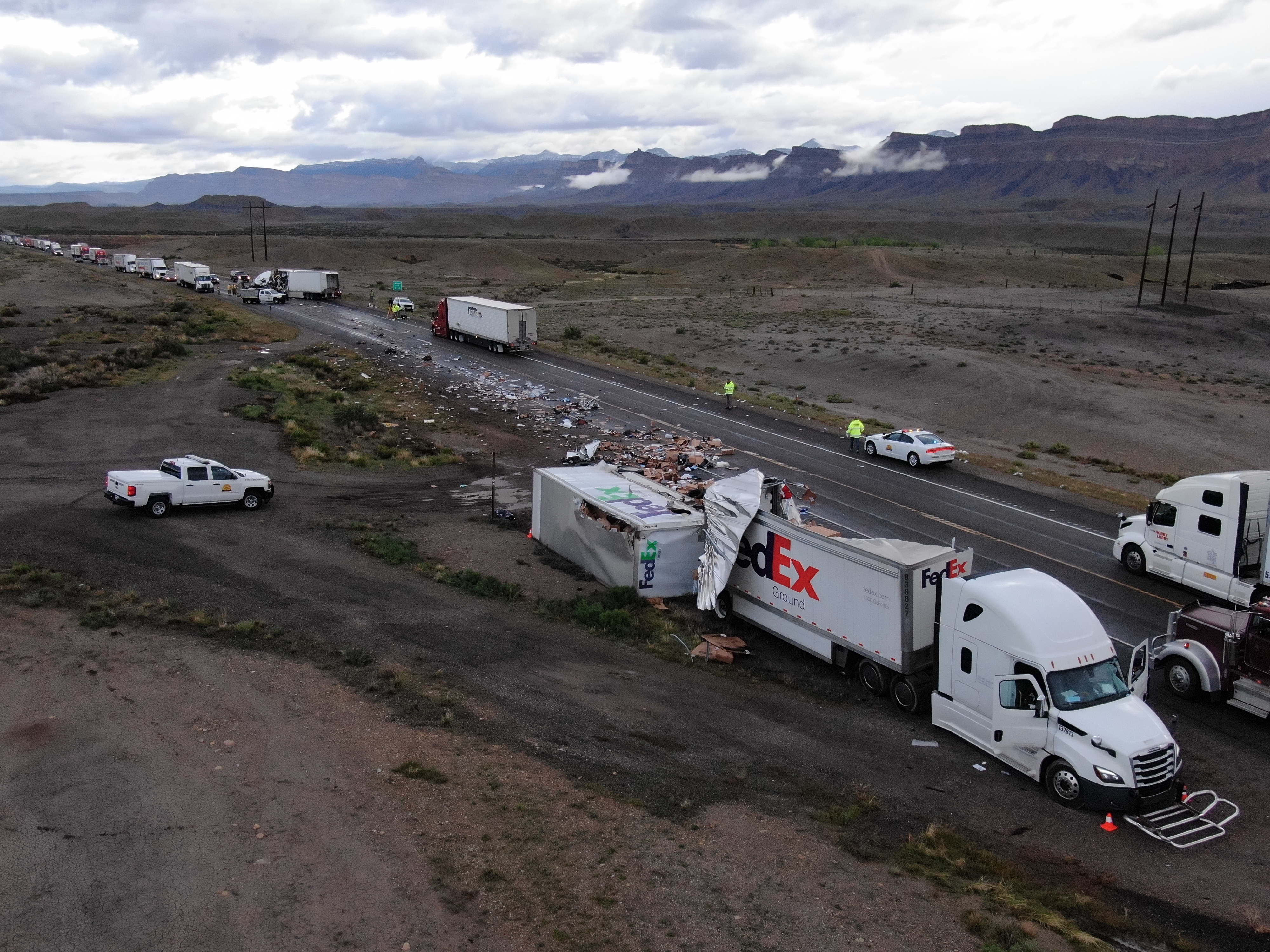 EMERY COUNTY, Utah — One person was killed in a ‘near head-on’ crash involving two semi trucks on US 6 in Emery County Tuesday morning.

The crash occurred just before 4 a.m. on US 6 near mile post 279, between Price and Green River.

Utah Highway Patrol states a westbound semi crossed the center line of the highway and collided with an eastbound semi. The driver of the westbound vehicle was killed.

The driver of the eastbound vehicle suffered injuries not considered life-threatening and was taken to a hospital. A co-driver in that vehicle was not injured.

US 6 was closed in both directions in the vicinity but reopened shortly after 10 a.m.

Troopers initially described the incident as a head-on crash before later stating it was a near head-on crash.

FedEx states they are cooperating with local investigators and are working to assist with clean-up at the crash site. The agency states packages and contents will be collected and examined so affected customers can be notified.

“First and foremost we extend our deepest condolences to the family and friends of the individual involved in this accident,” a company spokeswoman wrote. “Safety is our highest priority and we are cooperating fully with the investigating authorities at this time. FedEx Ground is dispatching teams to assist in the cleanup of the area. Packages and contents will be collected and carefully examined for damage and affected shippers will be notified.”