JUAB COUNTY, Utah – A Juab County Sheriff’s Office deputy was released from the hospital with only minor injuries after being struck from behind in his patrol vehicle by a semitruck Tuesday afternoon.

According to the Juab County Sheriff’s Office, Deputy Virge Sickels had pulled off to the side of the road on Interstate 15 to assist with a separate incident when his patrol truck was hit by the semitruck.

Sickels sustained only minor injuries and was released shortly after.

However, his patrol vehicle didn’t fare so well. 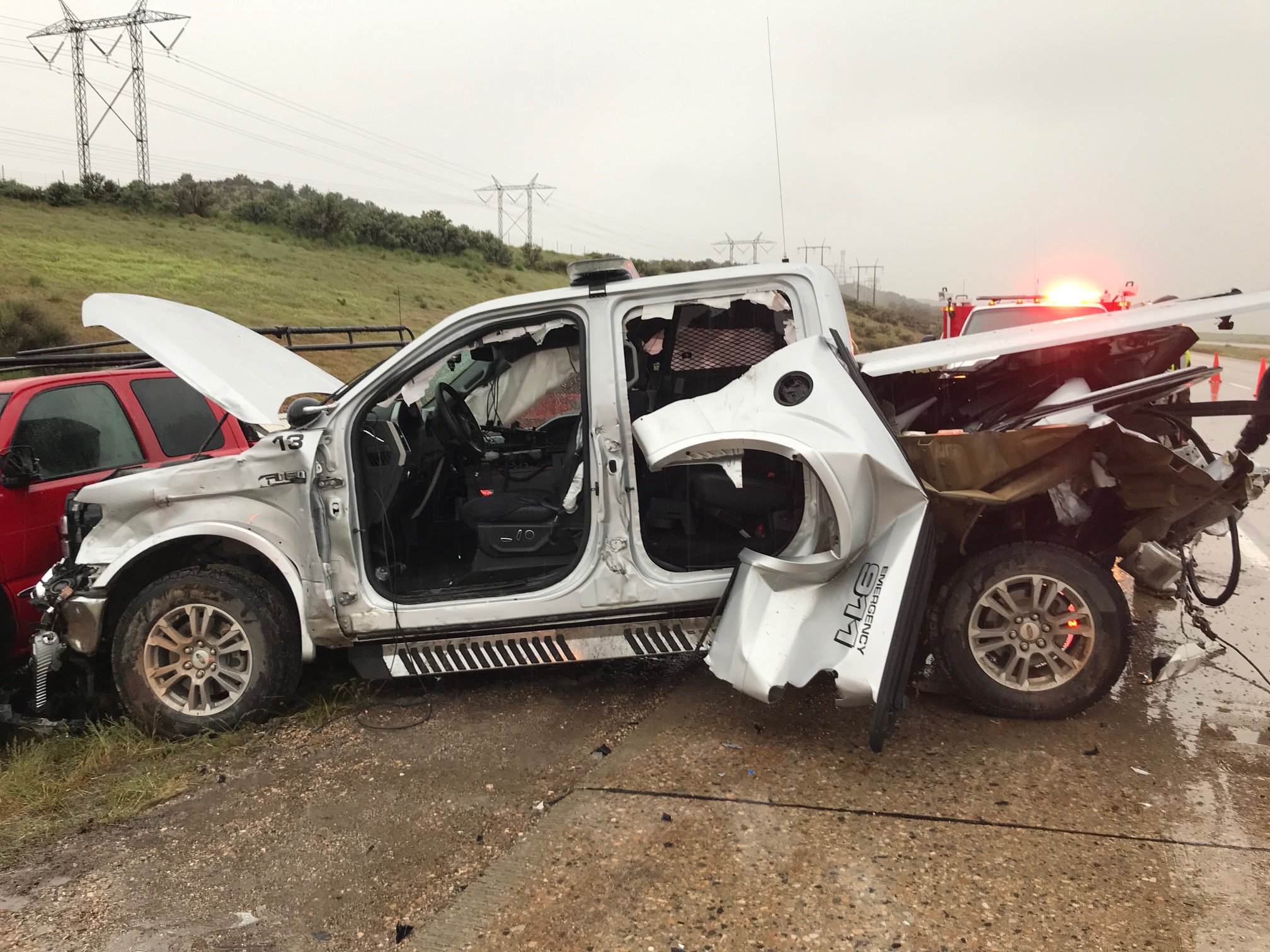