The driver had crashed into the garage of a home.

As he searched the floor of the car, the driver said he did not see a stop sign and drove through it.

He didn’t realize it was a “T” intersection, and he drove through the garage door of the house at the end of the “T” too.

No one was injured, but the house and the car received extensive damage.

The driver was booked into the Weber County Jail on suspicion of reckless driving and other charges. 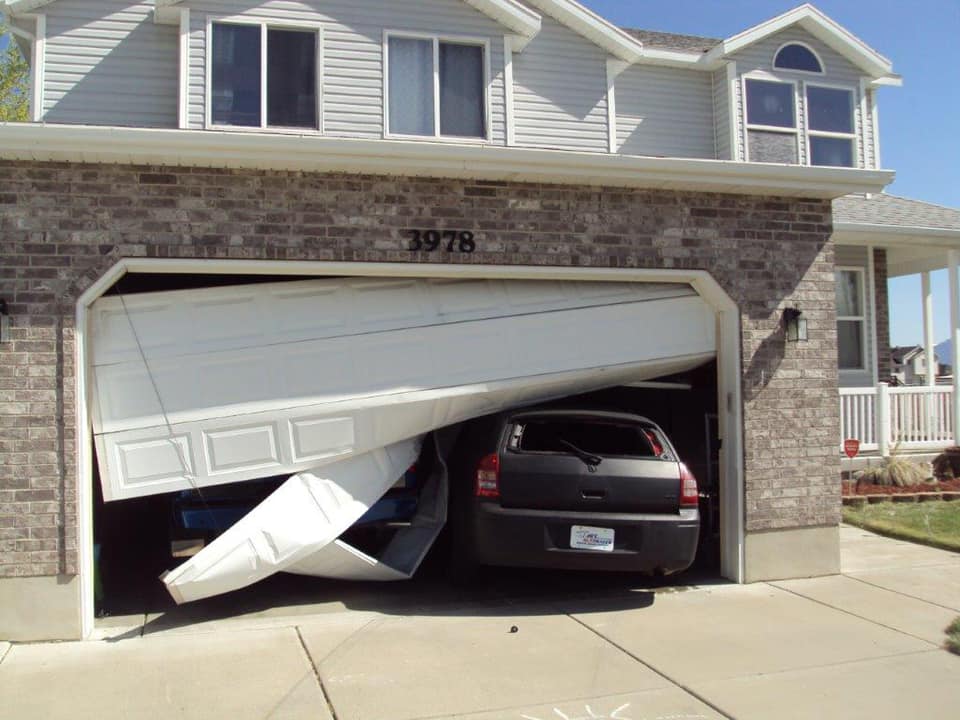