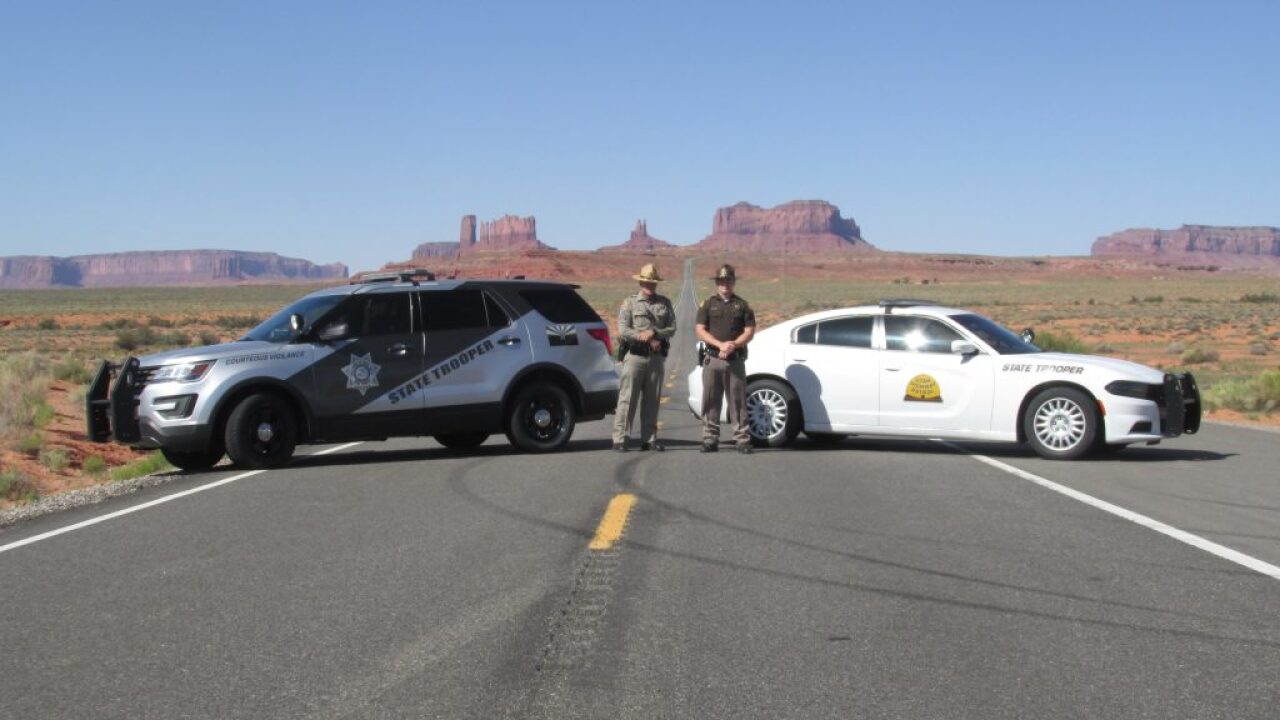 An Arizona State Trooper and UHP Trooper stand by their vehicles with Monument Valley in the background as part of the Border to Border seat belt enforcement initiative.

SALT LAKE CITY — Troopers with Utah Highway Patrol and officials from other local law enforcement agencies are joining with their cohorts across the nation in the Click it or Ticket “Border to Border” Operation Monday.

“Law enforcement agencies will join forces to provide increased seat belt enforcement across state borders, sending a zero tolerance message to the public: driving or riding unbuckled will result in a ticket, no matter what state,” a news release from the Utah Department of Public Safety said.

Monday’s “Border to Border” event is focused on state borders, and it’s part of a larger Click It or Ticket campaign that will last through June 2, “concurrent with one of the busiest travel and holiday weekends of the year,” the DPS news release said.

Officers, deputies and troopers from 61 agencies across the state have committed to working more than 615 overtime shifts to enforce seat belt laws and educate motorists who are caught not wearing their seat belts.

“Seat belt use is the single most effective way to survive a crash and the Border to Border initiative helps show that law enforcement nationwide is working in one concentrated effort to increase seat belt use,” said Col. Michael Rapich, UHP, in the news release.

On May 21 of 2018, a similar Border to Border event resulted in 107 citations and 748 warnings issued for seat belt violations in Utah.