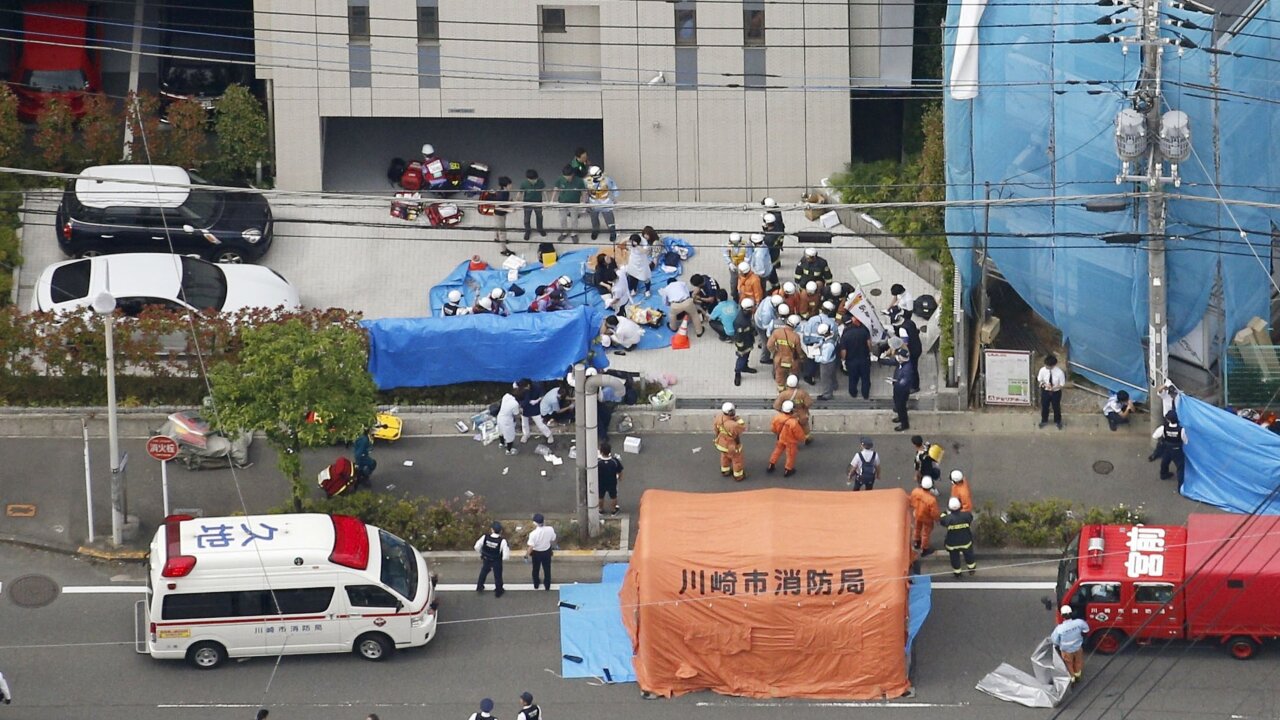 This aerial photo shows the scene of an attack in Kawasaki, near Tokyo.

A girl has been killed and at least 15 other children hurt in a stabbing spree at a park in the Japanese city of Kawasaki on Tuesday, authorities said.

A man arrested over the incident later died from a “self-inflicted wound,” Japanese public broadcaster NHK reported. Police officers previously told NHK that the suspect, believed to be in his 40s or 50s, had stabbed himself in the neck.

Sixteen elementary school students and three adults were injured in the attack, the Kawasaki Fire Department said. Kawasaki is about 13 miles (21 kilometers) from Tokyo.

NHK reported earlier Tuesday that three people — including an elementary school student — were in critical condition. It’s unclear if the girl who died was among them.

Mass stabbings are rare in Japan and make national headlines. In 2016, 19 people were killed in a stabbing spree at a care home for disabled people. That was the deadliest mass killing in Japan since the end of World War II.

Shooting deaths are even more uncommon than stabbings, as Japan has some of the world’s strictest gun-control laws.

The incident took place during US President Donald Trump’s visit to the country. Speaking aboard a Japanese helicopter carrier, Trump said the American people grieved for the victims’ families.