CAPITOL REEF NATIONAL PARK, Utah — Garfield County Search and Rescue rescued a group of three young adults who were stuck in a slot canyon for days.

The group of two men and one woman went to Capitol Reef National Park May Wednesday, and police got a phone call from a worried family member the next day when they didn’t return. They had told the family member they’d be hiking at or near Muley Twist trail.

Garfield County Sheriff’s deputies and park rangers looked for the group’s vehicle all night Thursday and all day Friday with no luck — even with the help of the Department of Public Safety’s helicopter.

A park ranger found the car Saturday near Strike Valley Slot Canyon — searchers from the air couldn’t spot it because it was green and parked in a group of trees.

The helicopter managed to spot the hikers once the group of rescuers started searching the slot canyon. Crews got to them on foot and got them out safely.

The woman and one of the men had hypothermia after being rained on Wednesday night, according to Denise Dastrup of Garfield County Sheriff’s Office.

“After it rained on them, they were in water walking through the slots,” Dastrup said. “The hypothermia was setting in for the female … literally got too exhausted to go on. That’s why they stayed where they were at and didn’t go anywhere, waiting for help to come to them.”

Dastrup said one of the men showed symptoms of hypothermia when rescued as well. They were treated at the scene and not hospitalized.

In a Facebook post about the rescue, the sheriff’s office tells readers to be safe while hiking by checking the weather, having a GPS, studying the area you plan to hike and being prepared for any weather situation.

“The situation now these slots are pretty dangerous,” Dastrup said. “If there’s any rain, the waters come up and you’re going to have to walk in water. And you never see the sun because you’re in those slots.” 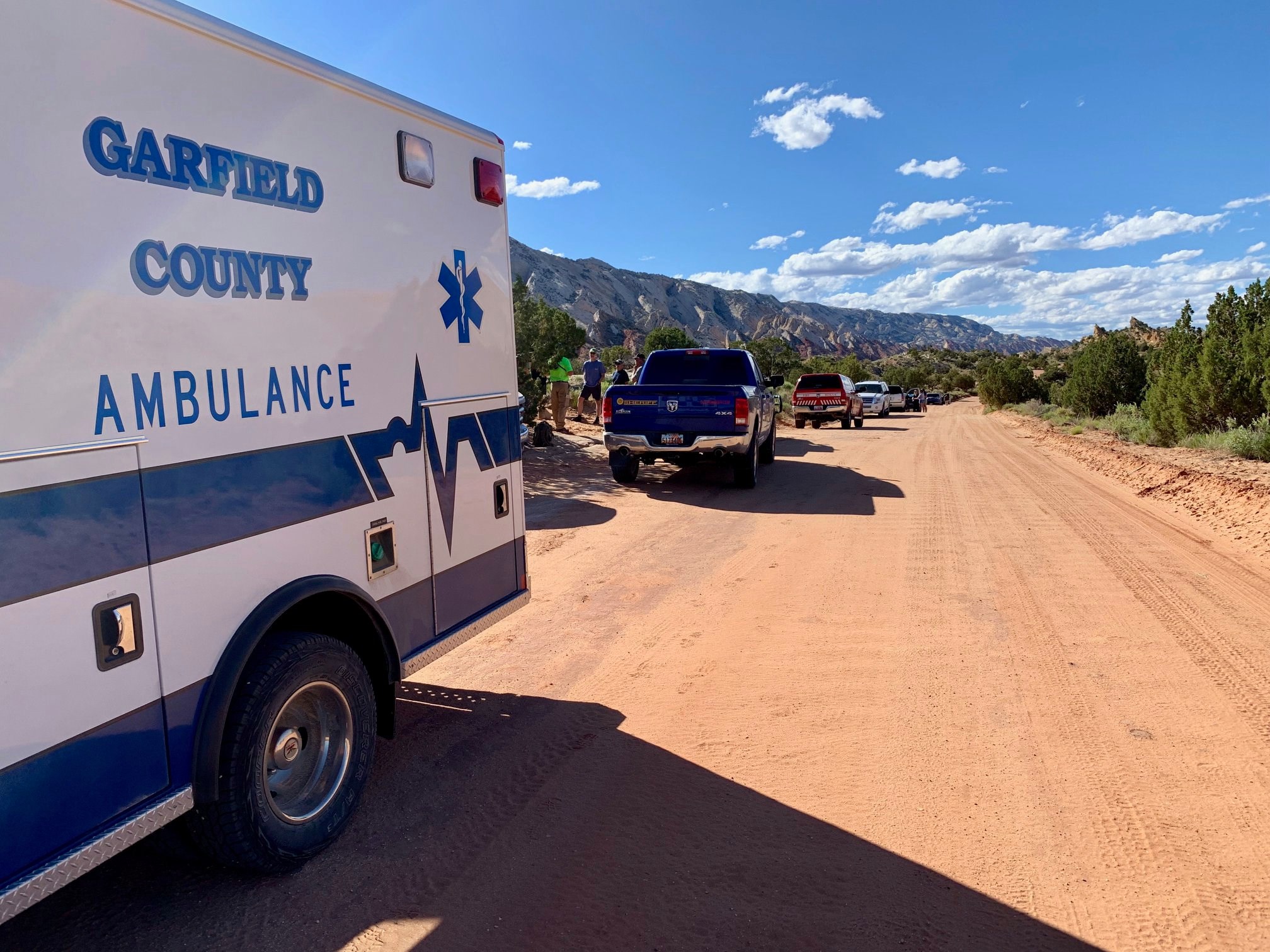