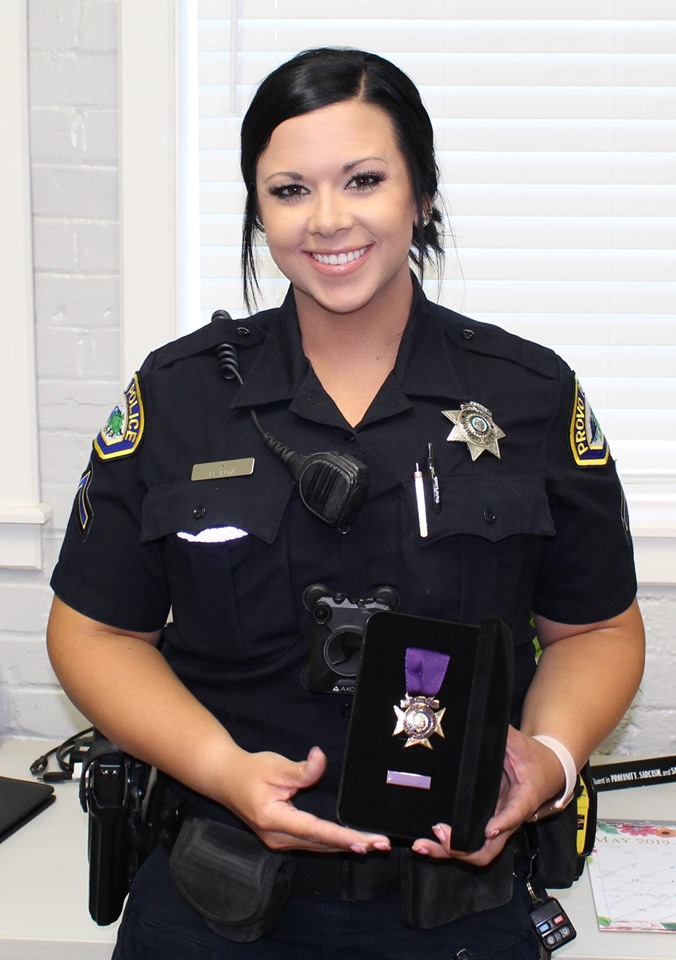 “During this last year, Officer Brooke Fox was in a physical confrontation with an arrestee, wherein the arrestee intentionally kicked Officer Fox in the shoulder causing her instant pain,” a Facebook post from Provo Police said. “Fox continued to fight with the individual until the individual was successfully in custody.”

According to Provo Police, Fox’s injury required her to undergo surgery and she required months of rehabilitation.