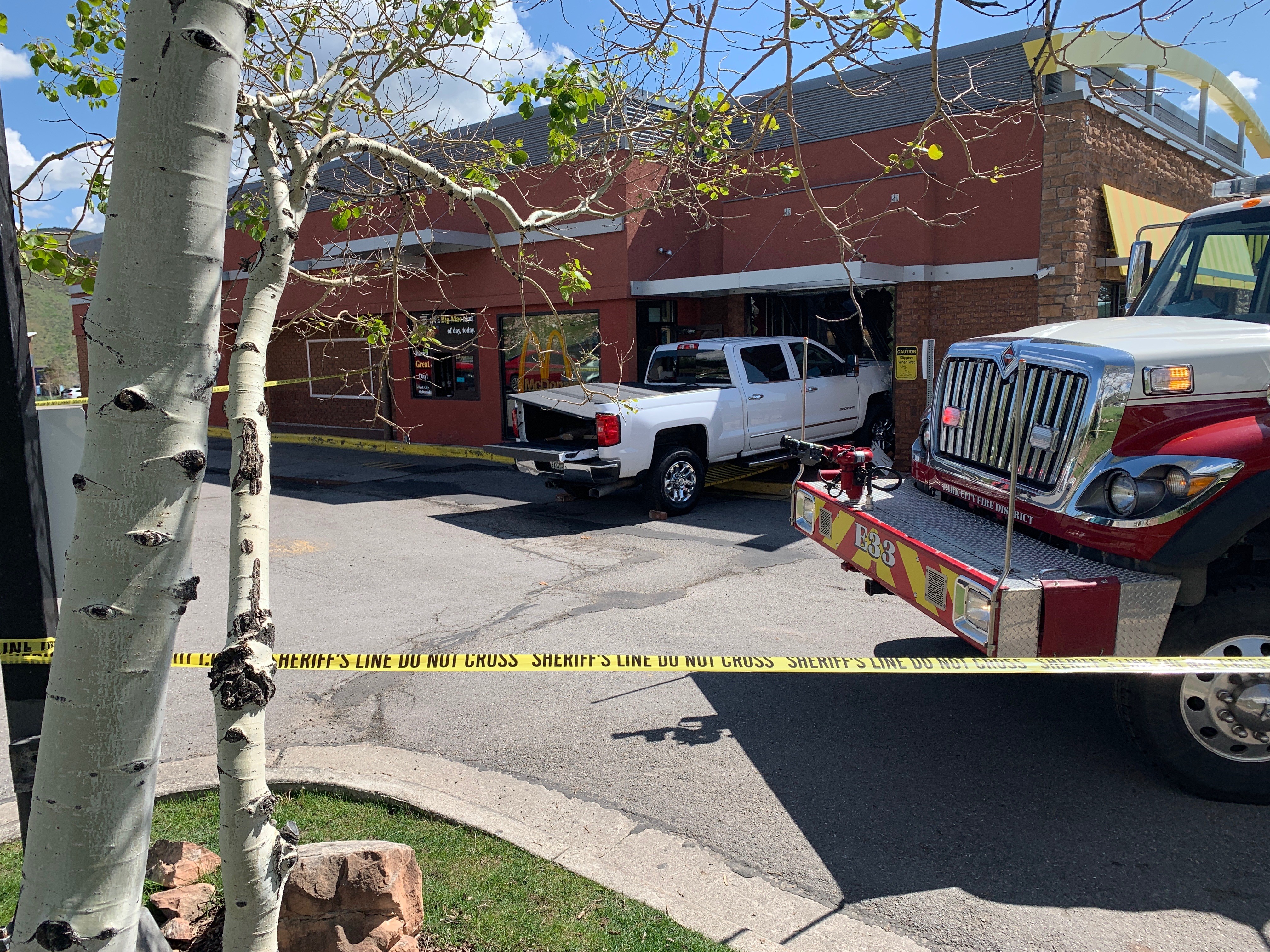 PARK CITY, Utah — There were no injuries reported after authorities said a man in Summit County passed out and crashed his truck through the window of a McDonald’s Tuesday morning.

Lt. Andrew Wright of the Summit County Sheriff’s Office said the crash occurred around 10 a.m. at a McDonald’s at 6450 North Landmark Drive in Park City.

Wright said a man driving a truck had gone down a back drive that leads into the McDonald’s, at which point he suffered some kind of medical episode.

The truck went down a small embankment, over some landscaping rocks, through a parking sign and into the McDonald’s building—where it destroyed a window and damaged a portion of a brick wall.

There were no injuries reported. The extent of the damage has not yet been estimated.

The driver told authorities the last thing he remembered was going down that back drive before waking up with his truck crashed into the restaurant.