Five people, including four children, were hospitalized Wednesday after a crash in Taylorsville.

TAYLORSVILLE, Utah — Five people, including four children, were hospitalized Wednesday after a crash in Taylorsville.

Witnesses told police that a white SUV was trying to turn southbound on to 2700 West when it ran a red light, hitting a white compact car before crashing into a pole.

"The SUV had seven people in it, six of which were children ranging in age from two or three to 15," said Unified Police Sgt. Melody Gray.

Police say the driver of the SUV and one of the children were rushed to the hospital in critical condition. Another child is in serious condition. Two others were hurt and there were two children who weren’t injured and released to family.

"We believe they were all family members but we’re not 100% sure on that yet," Gray said.

The occupants of the other vehicle, a small passenger car, were not hurt.

Reconstruction crews were on scene for several hours trying to determine exactly what happened.

"We don’t suspect drugs or alcohol at this time but that will be part of our investigation as well," Gray said.

After determining everything was safe, the cars were towed away and the intersection was reopened. 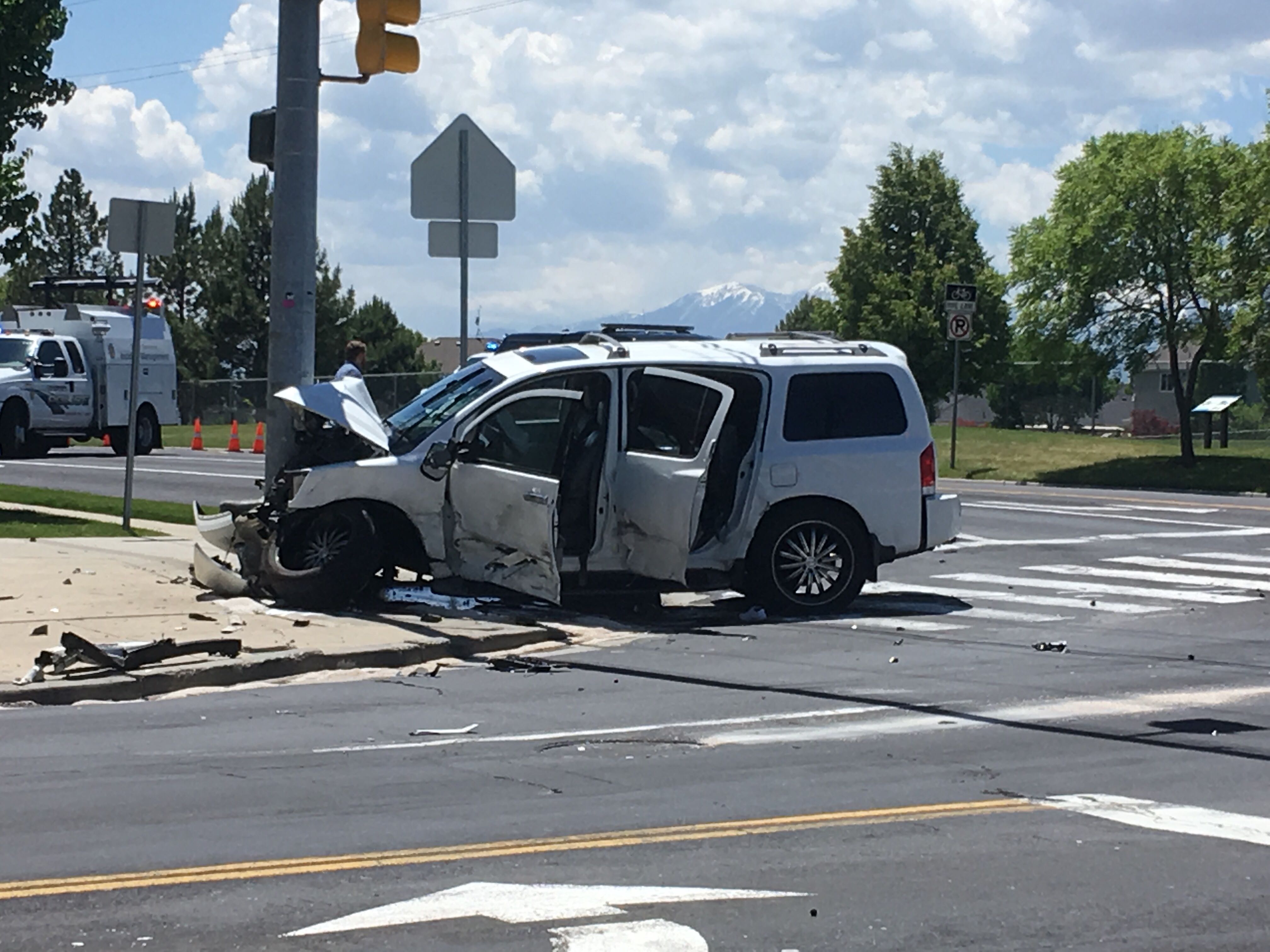