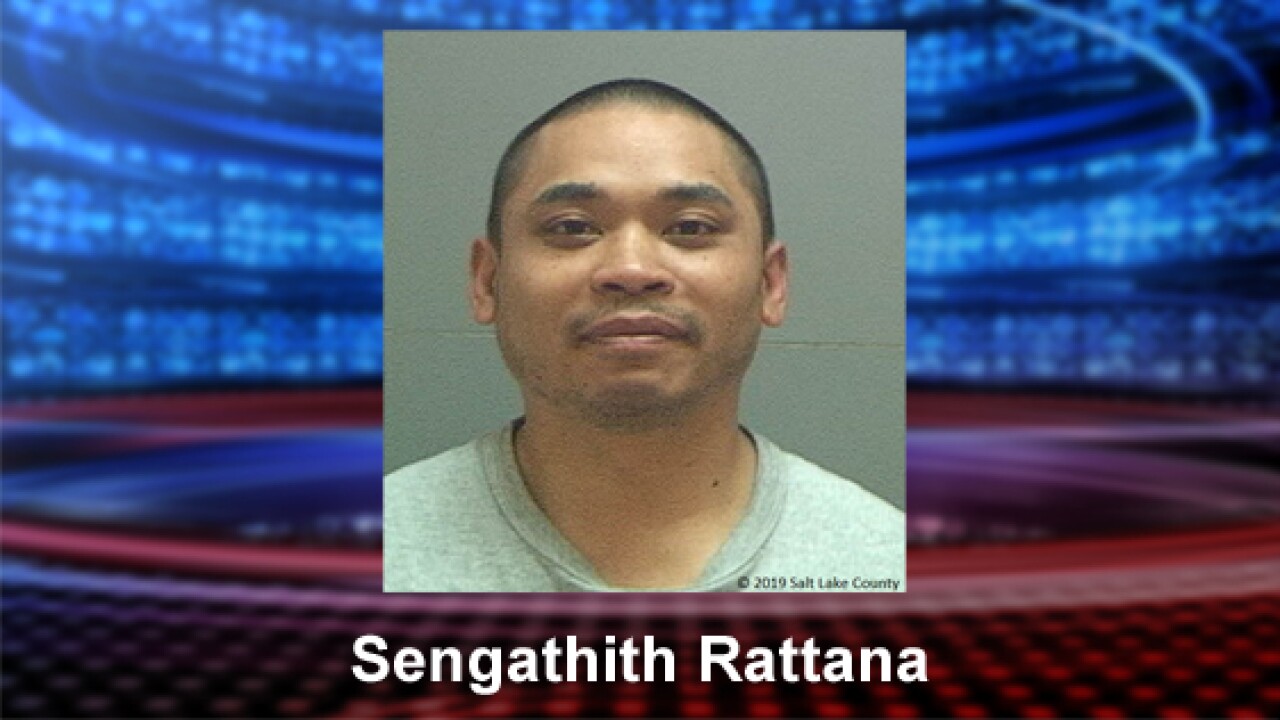 Police say Sengathith Rattana, 37, started a fire inside a home in West Valley City near 4300 Hawkeye St. and sent photos of it to his wife.

The couple — with a divorce pending — were in an argument Friday night, and the wife left to stay the night in Lehi, according to police. Just before 5 a.m., Rattana sent her photos of himself starting a fire inside her home. Rattana barricaded the doors to the home and escaped out of a second-story window after he lit the fire, police records state.

When fire crews arrived at the West Valley home, the fire had nearly gone out on its own. Police say Rattana lit some clothing on fire, which only spread to the floor and one wall.

He was booked on suspicion of felony arson and burglary, as well as misdemeanor criminal mischief.

Rattana is currently facing additional charges from April when police say he drunkenly attempted to cut his wrist during an argument with his wife, then sat outside with a machete when officers arrived. According to the arrest report, he told the officers he wanted them to shoot him, then when they placed him in handcuffs he struggled and was tased.