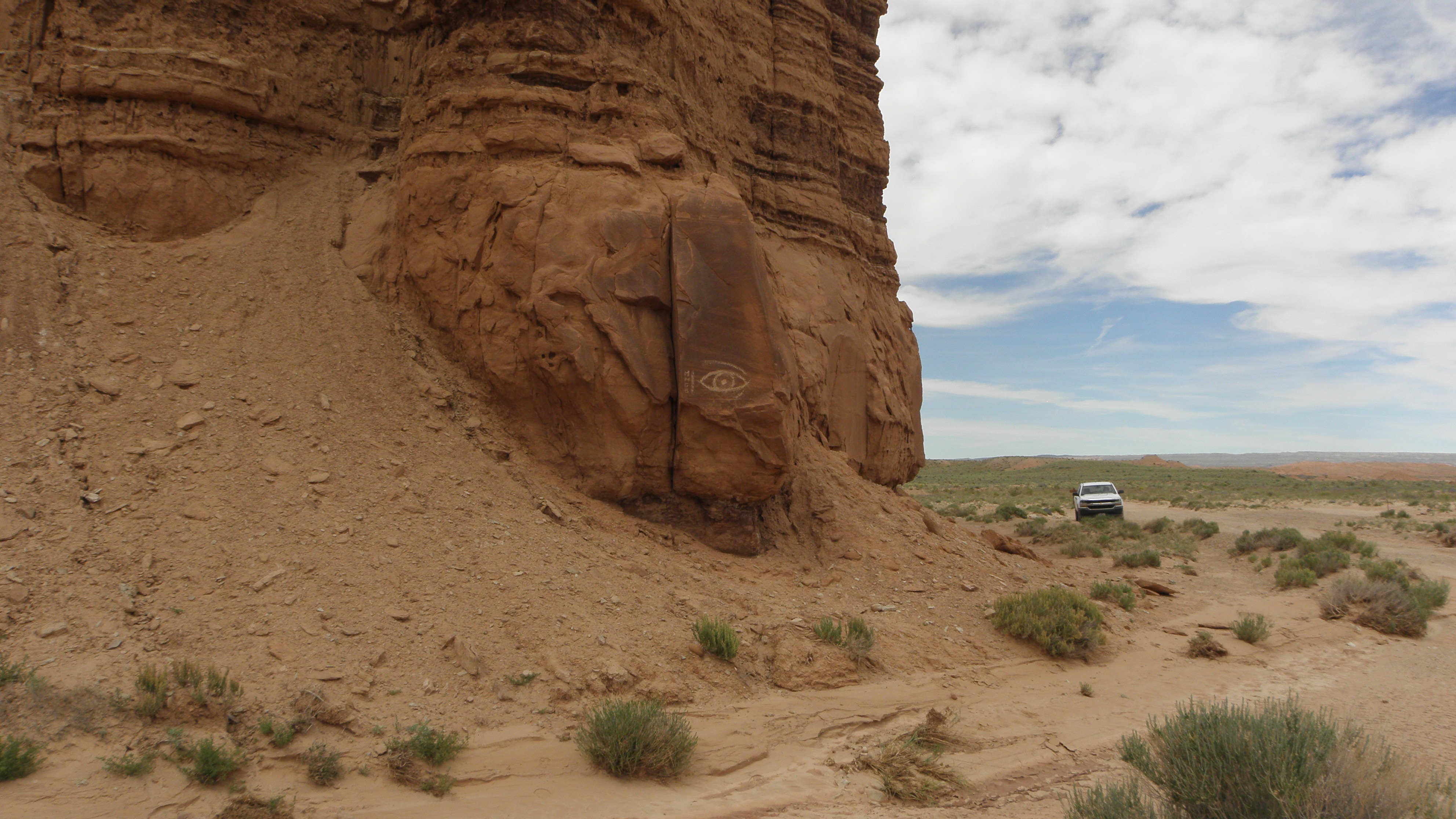 The park’s “Temple of the Moon” monolith was found vandalized with a 27.5-inch by 17-inch piece of graffiti in the shape of an eye.  The letters MMGB appear vertically to the left of the eye.

“Graffiti is vandalism, and is extremely hard, and costly, to remove. It is also illegal. The park is asking the public to relay any information known about who may have committed the offense. Damaging park resources is a violation of 36 CFR (Code of Federal Regulations),” a news release from Capitol Reef National Park said.

An Imgur.com user posted pictures of the vandalism on June 6, and the images have been shared in several Utah-related sections of Reddit.com.

Staff members at the park have documented the vandalism and will look into the extent of the damage and the cost of rehabilitation.

Visit nps.gov/ISP for information on aiding an investigation or to report something suspicious at any National Park Service site. Tips on suspicious activities and criminal acts are also accepted at 888-653-0009.