"Stadium Village," a multi-year, multi-million dollar project is a master plan spanning from 90th South to 94th South and from I-15 to State Street. It would be the northern anchor to "The Cairns," a project in Sandy stretching to 106th South that would create high-rise office space and retail on the south end of the Salt Lake Valley.

City officials have dubbed it "the Wasatch Front's second downtown."

"This is what we're looking at to be that entertainment hub," said Mayor Kurt Bradburn. "We have a lot of corporate headquarters, hotel space on one end. This is going to be our restaurant, retail, our fan experience on game day around the stadium, our nightlife, that sort of thing."

Within the Stadium Village master plan are hundreds of properties ranging from small businesses to homes. Sandy City recently purchased some land that a nursery sat on.

But the mayor told FOX 13 the city will not exercise eminent domain. Instead, developers would decide when to move forward and purchase properties within the master plan.

Some who live in the development area told FOX 13 they supported the project.

"This is an area that's been waiting for growth, slowly coming down this way from Salt Lake City," he said. "It's a nice area. So it'd be very good."

Sandy City will take public comment on the project at a meeting scheduled June 25 at 6pm at City Hall.

See a gallery of the proposed development project: 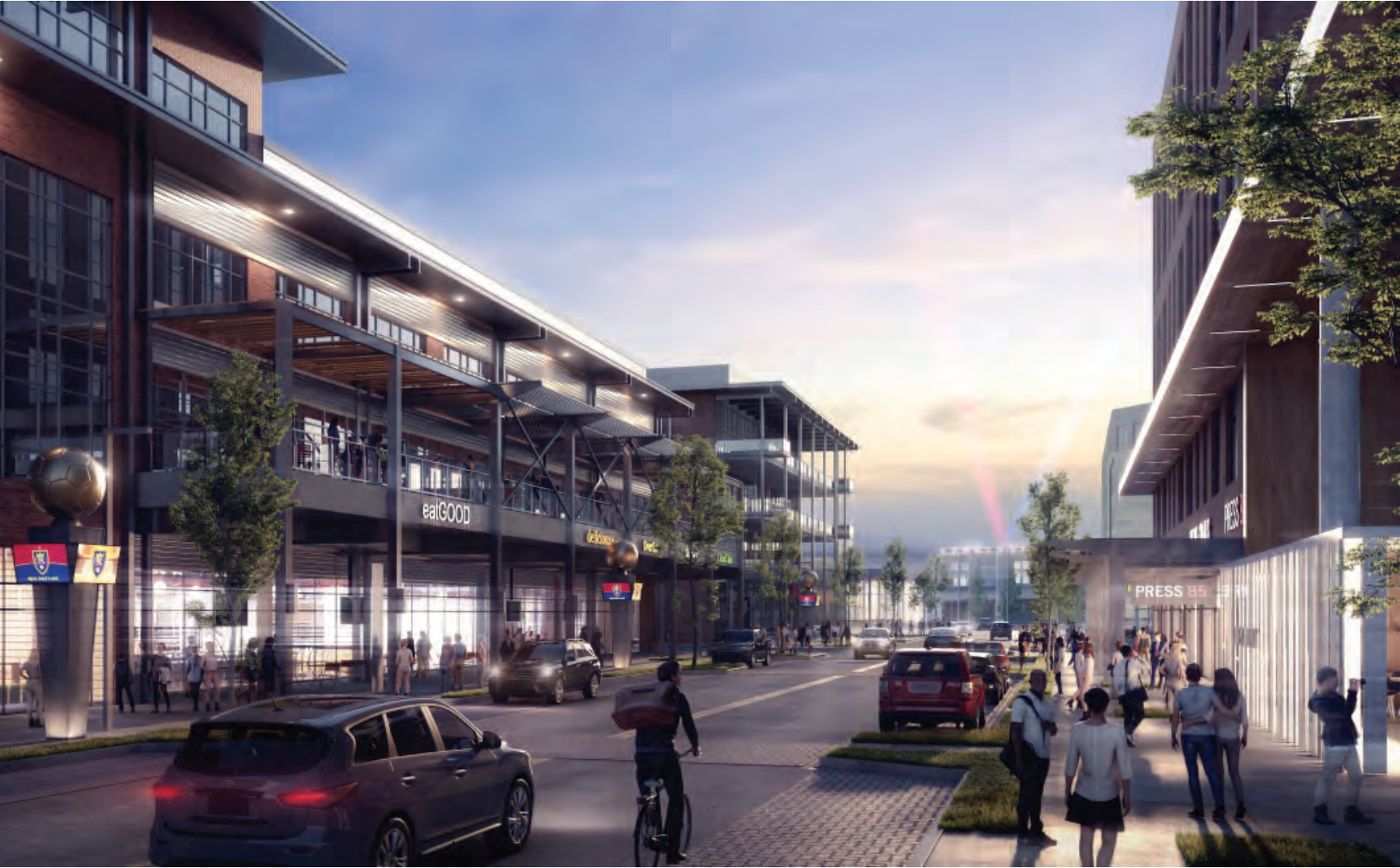