ALHAMBRA, Calif. — A Utah man was taken into custody Tuesday morning in connection with the shooting of a Los Angeles County Sheriff's deputy, KTLA reports.

Rhett Mckenzie Nelson, 30, of St. George, is accused of walking into a Jack in the Box restaurant in Alhambra Monday around 6 p.m., shooting Deputy Joseph Solano, 50, in the head with a handgun one time and fleeing.

Solano was off-duty and in plain clothes at the time. He is hospitalized in critical condition.

The shooting was caught on video, and police say the gunman was seen driving away from the scene in a white four-door Kia Sorento SUV.

Surveillance video from a nearby home showed the suspect stop the car in an adjacent residential neighborhood and change into a black T-shirt and dark jeans before driving away in the same car, according to Cpt. Kent Wegener of the L.A. County Sheriff's Office.

Police said Tuesday in a news conference that Nelson went into a church in Long Beach Tuesday and called his father in St. George. He told him about committing murder in Southern California, police said. His father called Long Beach Police, which then ran a reverse directory on Nelson's phone number. Officers went to the church and saw him in the vehicle seen at the shooting scene.

Nelson drove away from the church and was eventually stopped, police said.

His appearance, clothing and vehicle matched what was seen in surveillance video from the shooting, police say.

A revolver believed to have been used in the shooting was found in his vehicle after a search and Nelson was arrested about 1 p.m. He was being interviewed by detectives Tuesday afternoon.

While the exact motive in the crime remains unknown, Wegener said the shooting appeared to have been a random attack.

The investigation is ongoing and authorities are looking into reports that Nelson may have committed other crimes since getting to Southern California during the first week of June.

Nelson is also a suspect in the fatal shooting of a man in the Westlake District that occurred about an hour before Solano was shot, Los Angeles police Chief Michel Moore said.

On May 30, Bradley Nelson posted on Facebook that his son Rhett Nelson disappeared three days prior. He was especially concerned for his son due to his "history of opiate abuse." 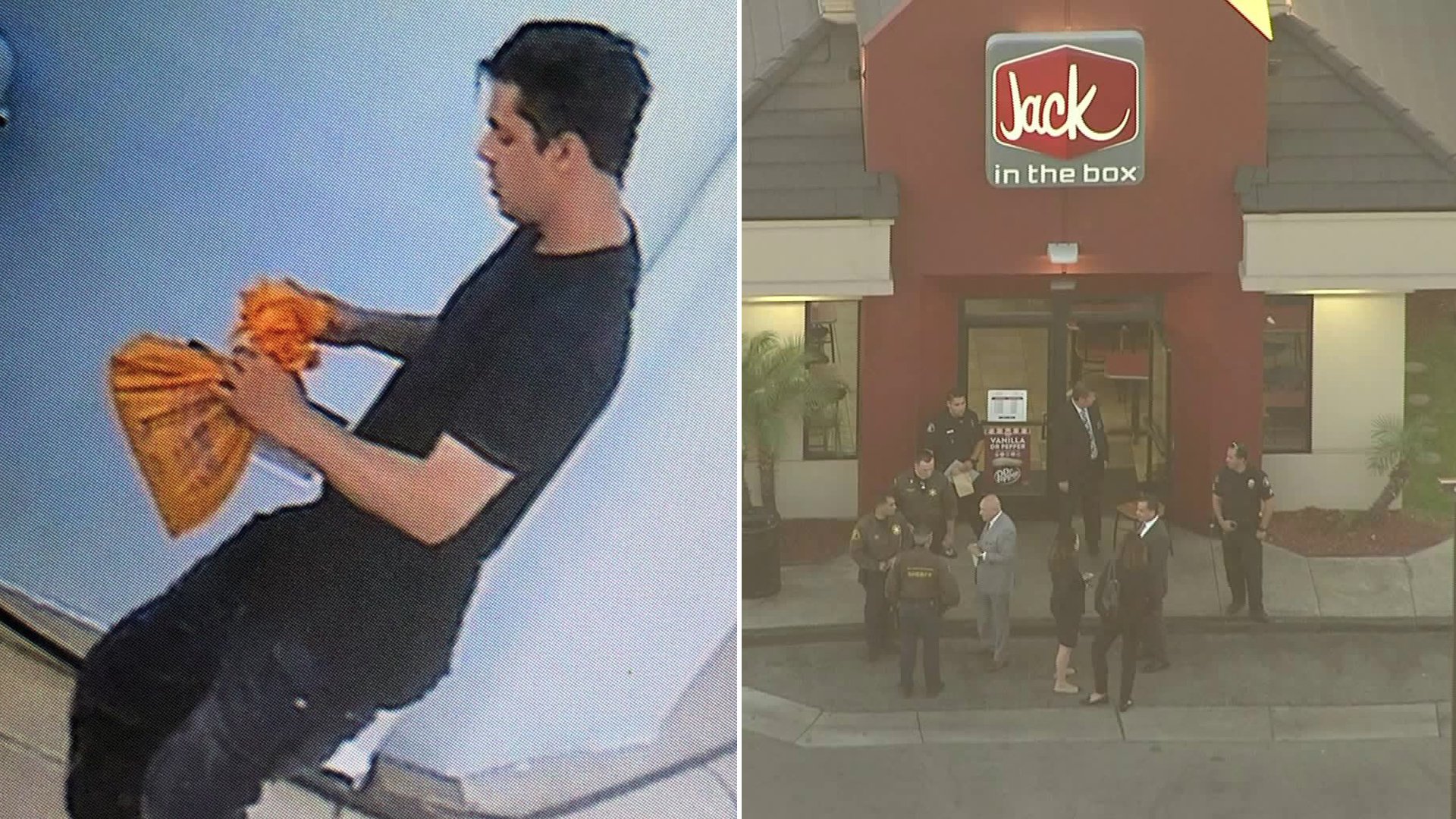