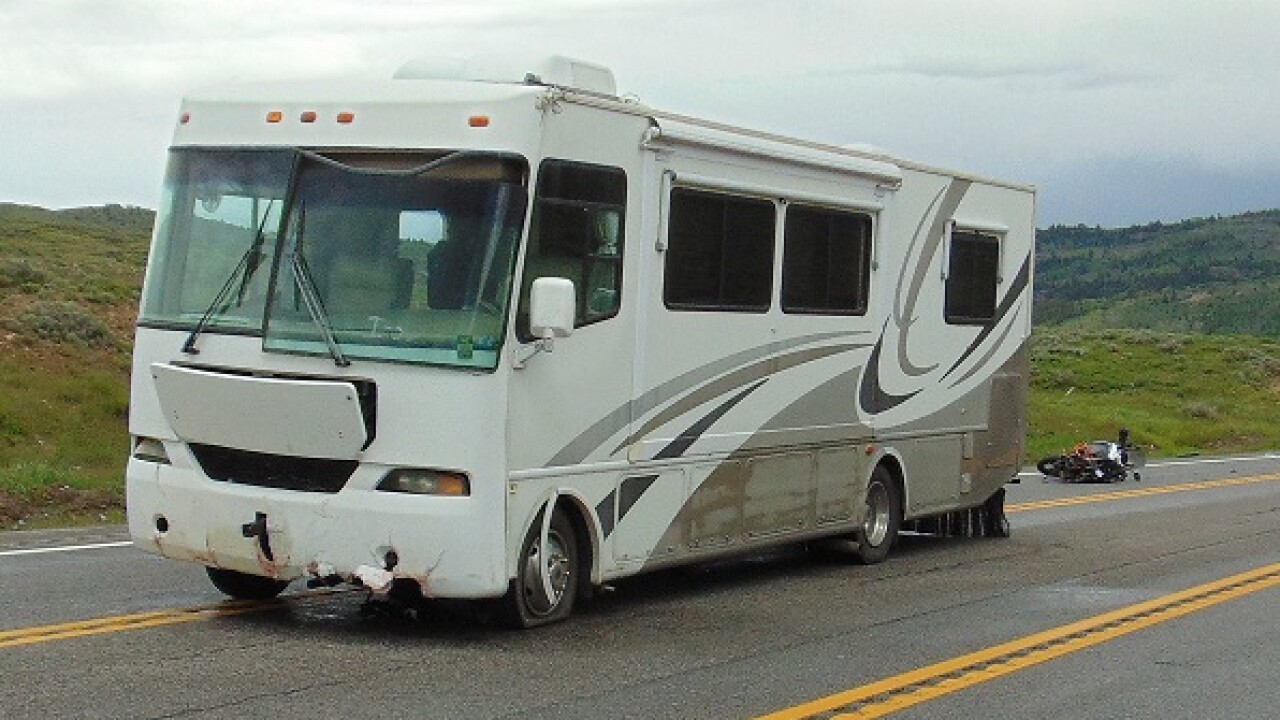 Peter Fulgem, 34, from Victoria, British Columbia, was traveling eastbound when he crossed the center median and hit the front of an oncoming motor home near Soldier Summit, according to the Utah Highway Patrol.

Police say Fulgem crossed into the other lane because he was traveling too fast for the curve in the road and laid the bike down.

Although he was wearing a helmet and other protective gear, Fulgem died on impact, UHP stated in a press release.

The driver of the motorhome was a 32-year-old from Orem.