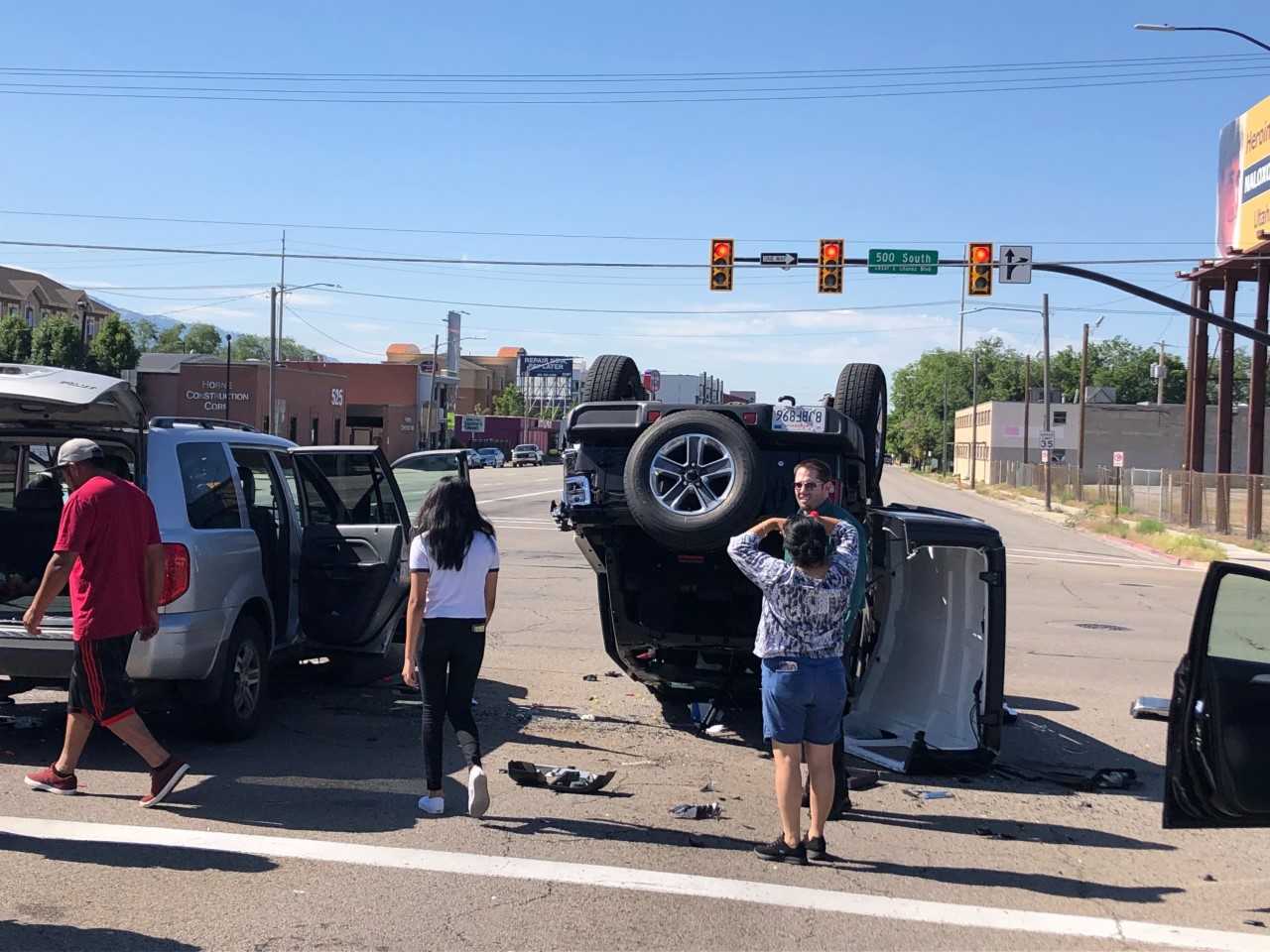 SALT LAKE CITY —  A Jeep rolled over on its roof and on top of another car in downtown Salt Lake City Tuesday morning.

The driver of the Jeep suffered minor injuries.

Wilking says the Jeep was westbound on 500 south and ran the red light at 300 west.

A car northbound on 300 west was going through the light and clipped the rear end of the Jeep.

That caused the Jeep to land on top of another car that was southbound on 300 west.

Silvia Garcia was in that car on her way to work and through a translator, said she wasn’t scared at the time because it happened so suddenly and she was busy driving.

This was the second rollover downtown Tuesday morning.

Officers closed off several streets in the area as they investigated the accident.