Father and daughter struck by lightning in Millard County 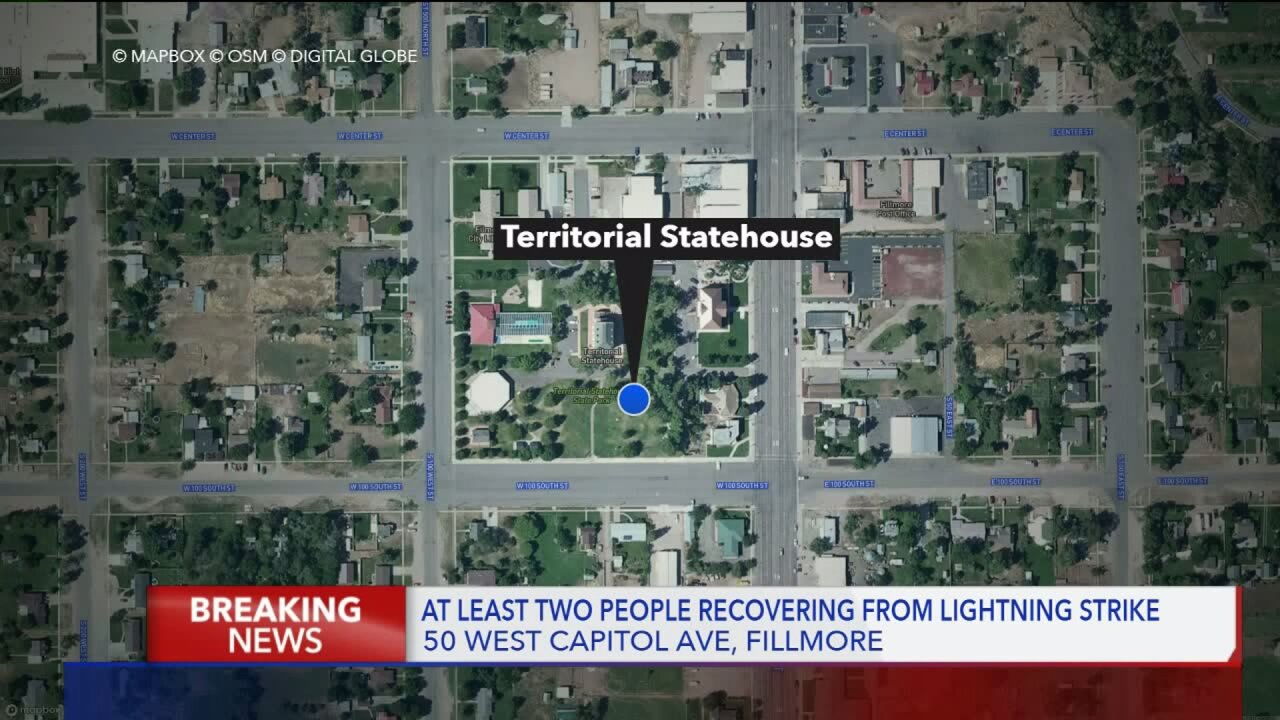 Father and daughter struck by lightning in Millard County

FILLMORE, Utah – At least two people were injured by a lightning strike at the Utah Territorial Statehouse Thursday evening.

Eugene Swalberg, a spokesman for Utah State Parks, told Fox 13 a father and his daughter were hit by lightning outside the Territorial Statehouse State Park museum and were then taken by ambulance to a medical facility in Fillmore.

Swalberg said another juvenile female was also transported to the medical facility with injuries, but at this point, they don’t think she was injured by the lightning.

It was unclear whether a medical helicopter transported any of the patients to hospitals along the Wasatch Front.

According to Fox 13 Chief Meteorologist Kristen Van Dyke, thunderstorms moved through the Fillmore area at about 8:30 p.m. that produced several lightning strikes.

Swalberg said the Territorial Statehouse was not damaged in the lightning strike.

This is a developing story. Fox 13 will update it as new information becomes available.