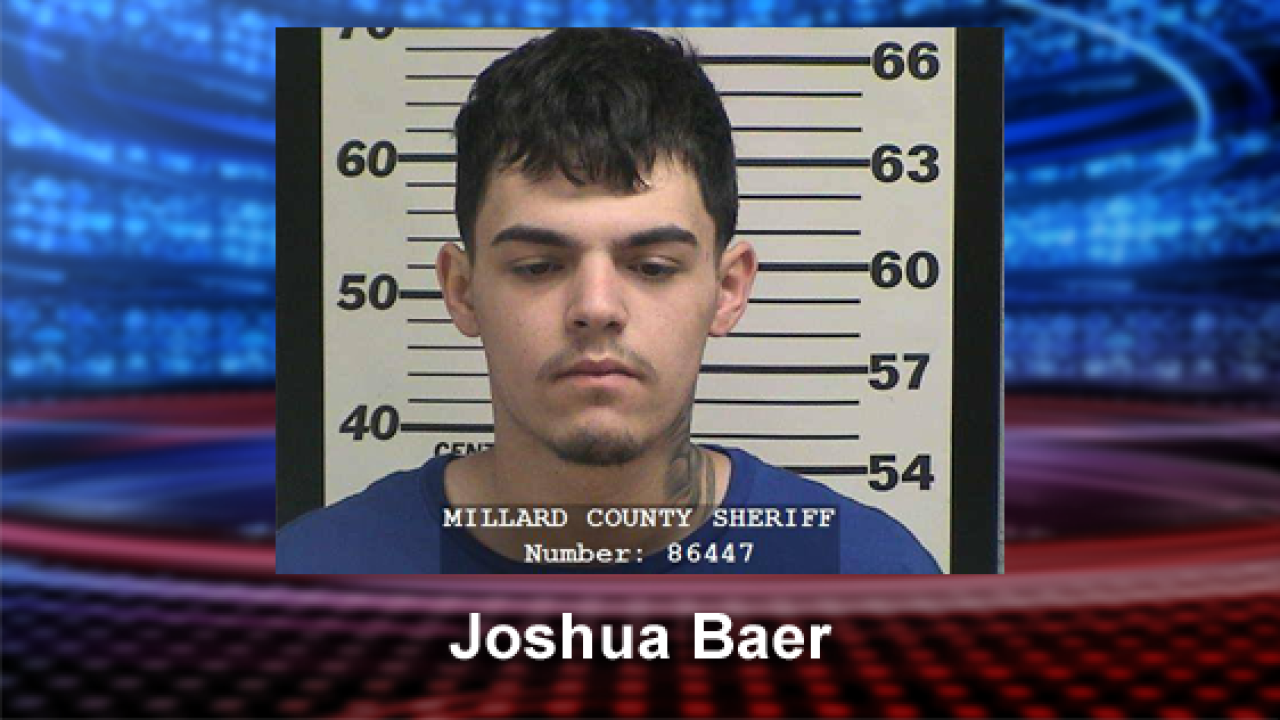 DELTA, Utah — Charges have been filed against a man accused of shooting into a Delta home and hitting a woman in the head on June 20, according to the Millard County Sheriff’s Office.

Police said Joshua Baer, 18, was charged with attempted aggravated murder and felony discharge of a firearm for his alleged involvement in the shooting.

According to court documents, MCSO deputies were called to a home near 300 West and 100 North in Delta after receiving several reports of gunshots in the area.

A man inside the house told police his wife had been shot in the head and he saw an individual pointing a red laser beam at him.

The man closed the door before hearing multiple shots being fired; police say they found 14 spent 9mm bullet casings and five bullet holes in the home.

The man in the home told police the suspect was driving a gray Volkswagen sedan and witnesses said Baer was arguing with the man earlier in the day.

Police found a matching vehicle and after obtaining a search warrant, found clothes matching witnesses’ descriptions in Baer’s washing machine, which Baer had recently turned on, according to court documents.

Baer is being held on a $250,000 cash-only bond and MCSO officials say they are confident others were involved in the incident.

Police are offering a $2,000 reward for any additional information that leads to a successful prosecution and conviction of those involved, according to a MCSO Facebook post.