Fire breaks out on mountainside near Point of the Mountain

DRAPER, Utah — A fire broke out close to a Draper neighborhood in the area of Point of the Mountain Tuesday afternoon.

The fire started at or near a home on Manilla Circle (15200 S), and crews estimate it scorched two to three acres.

Crews evacuated homes along Manilla Dr. as a precaution, but all of the evacuees have been allowed to return to their homes.

The cause of the fire is under investigation. Investigators have not received reports of fireworks being used in the area.

Manilla Circle is not within the boundary where fireworks can be legally discharged in Salt Lake County. 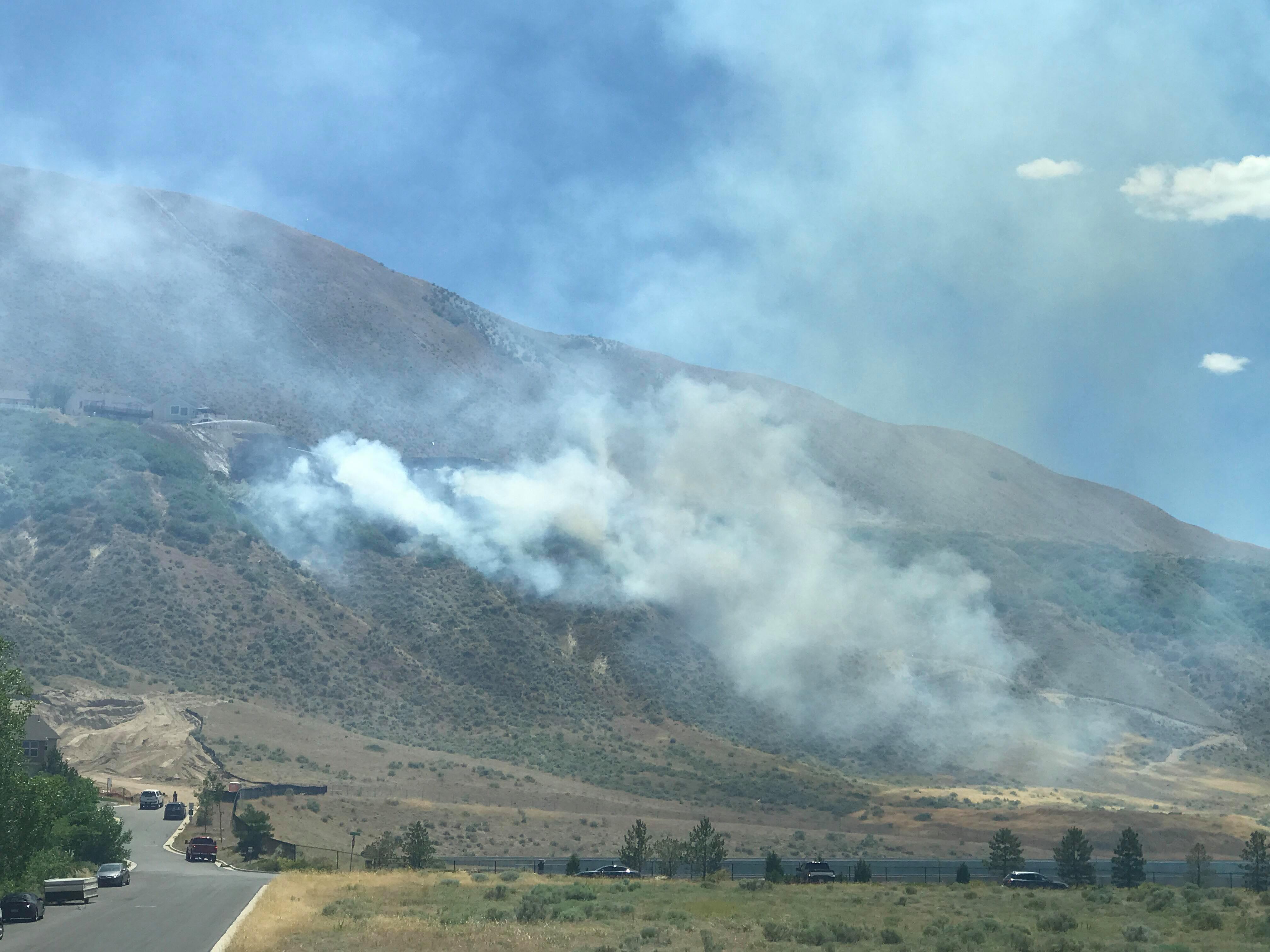