At about 7:30 p.m., a trooper was parked on the left shoulder of westbound I-80 near mile marker 137 investigating a crash from earlier in the day when a westbound pickup truck rolled and went over the top of the UHP car, according to the Utah Department of Public Safety.

The 23-year-old woman driving the pickup was ejected and was flown to a hospital by medical helicopter in critical condition. It was unknown if she was wearing a seatbelt.

The previous crash that the trooper was on scene for happened about an hour before — a truck pulling a trailer rolled with no other cars involved, UHP Lt. Danny Allen said.

Allen said the 23-year-old was trying to avoid hitting a tow truck that was also on the scene responding to the earlier accident.

One person involved in the first crash was in the patrol car when the pickup rolled and collided with it. The person had to be extricated by fire personnel and suffered minor injuries.

The trooper was taken to a hospital to be evaluated for injuries — Allen said some debris hit his foot and it might be broken.

Westbound I-80 was limited to one lane for over an hour as emergency and cleanup crews responded. 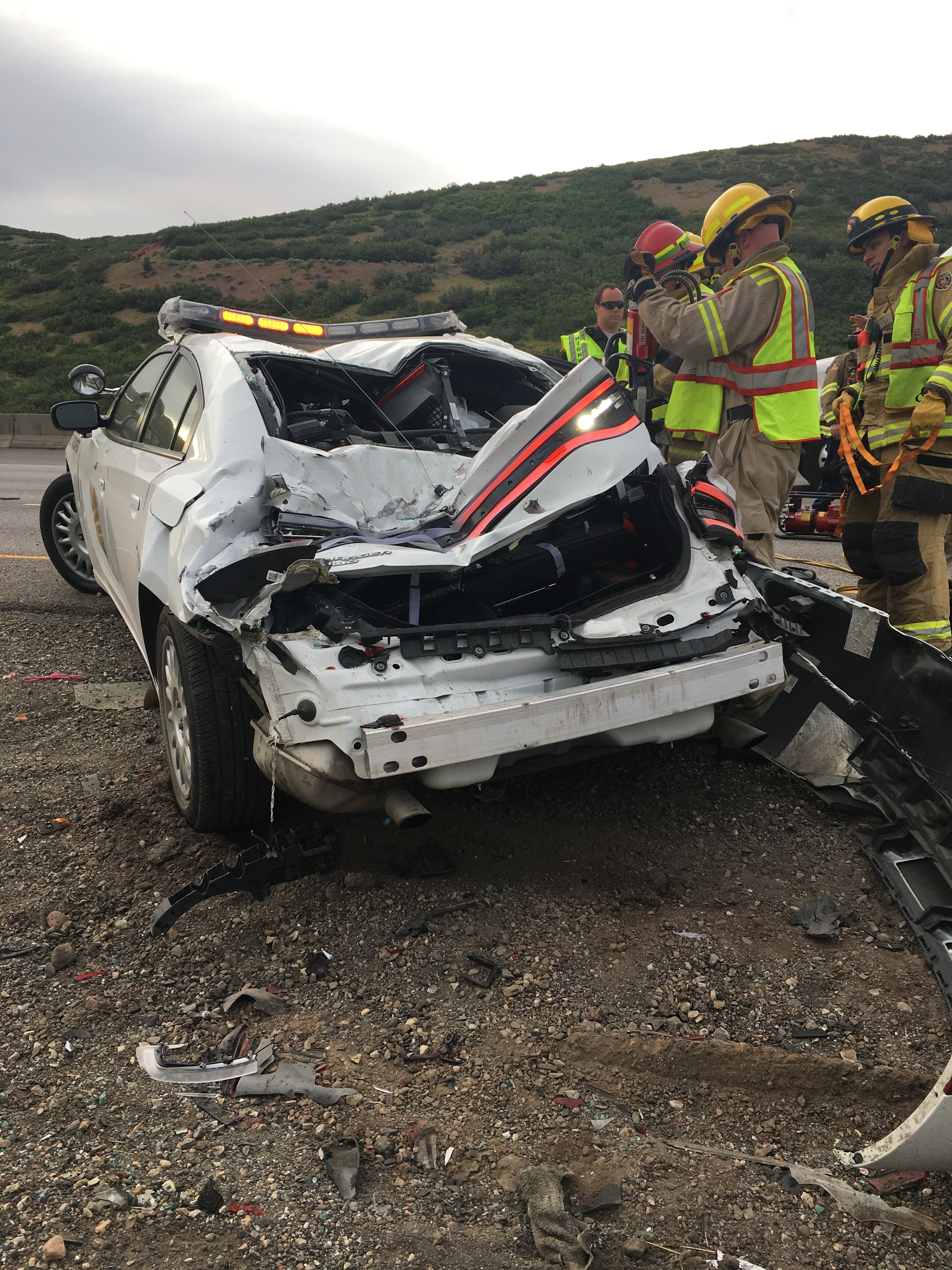