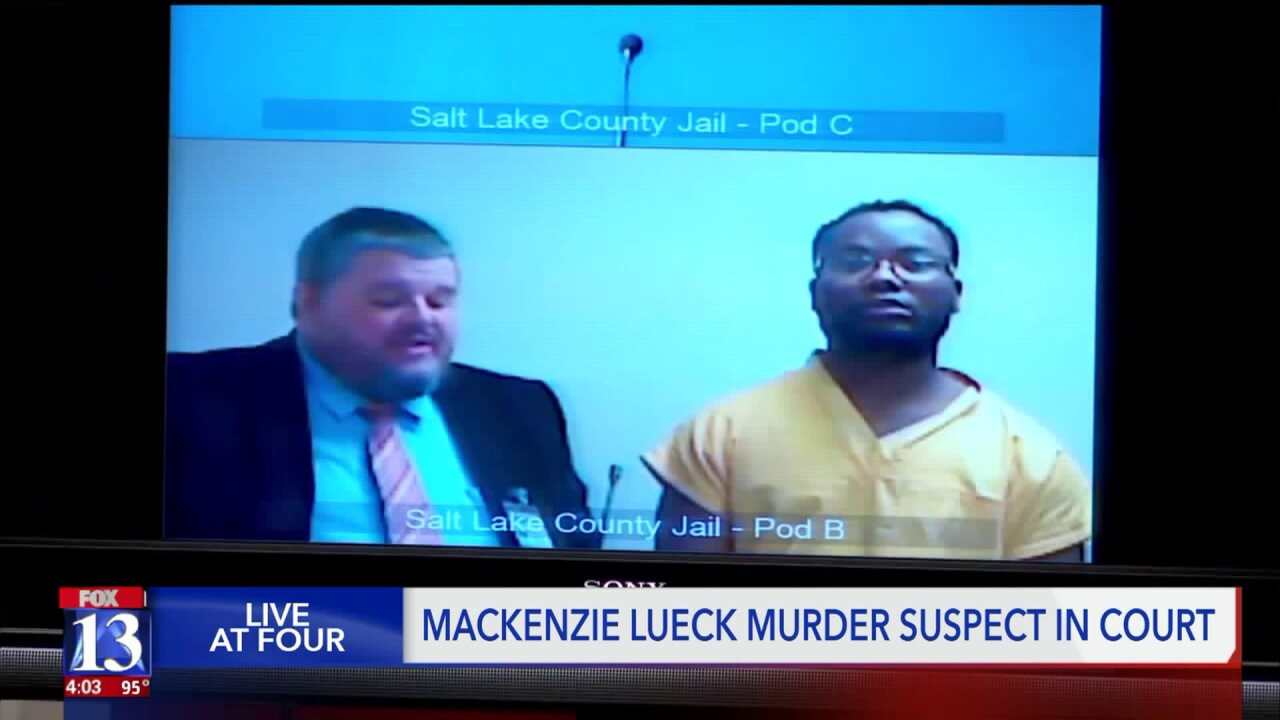 SALT LAKE CITY — Salt Lake City Police found new evidence in the MacKenzie Lueck case on the edge of the Jordan River — just 15 minutes away from where the man charged with her murder made his first appearance in court.

Ayoola Ajayi's face was seen and voice was heard Monday for the first time since he was arrested and charged for the murder of 23-year-old Lueck.

"Good morning, sir" was all he said to Judge Mark Kouris during his initial appearance in court via video conference from the Salt Lake County Jail.

The judge read Ajayi’s charges — aggravated murder, aggravated kidnapping, obstruction of justice and desecration of a human body — then scheduled another appearance in court and dismissed the accused killer.

Some of Lueck's closest friends were there.

"We just immediately lost our breath," Ashley Fine said of when they first saw Ajayi's face. "I think we were holding hands."

"When I saw him, I felt really angry and ... really sad at the same time," Kennedy Stoner said.

Meanwhile, Salt Lake Police were only 15 minutes away, collecting new evidence for the case.

Multiple items were found at the Jordan River Parkway near 700 North that police confirmed are connected to the case.

Police even called in diving teams to see if there was anything deeper in the water.

SLCPD Lt. Brett Olsen said police will be going through those items as they continue the Lueck investigation.

As the case progresses, Lueck's friends struggle to deal with her death.

"Even right now I feel like we can call her, text her, and she’ll answer," Fine said. "We didn’t get to say goodbye to our friend."

They are constantly reminded of the pain from knowing she’s gone, plus the pain of not knowing the reason why.

"Why did he take our friend away from us?" Nisha Williams said. "She had so much to continue to give the world."