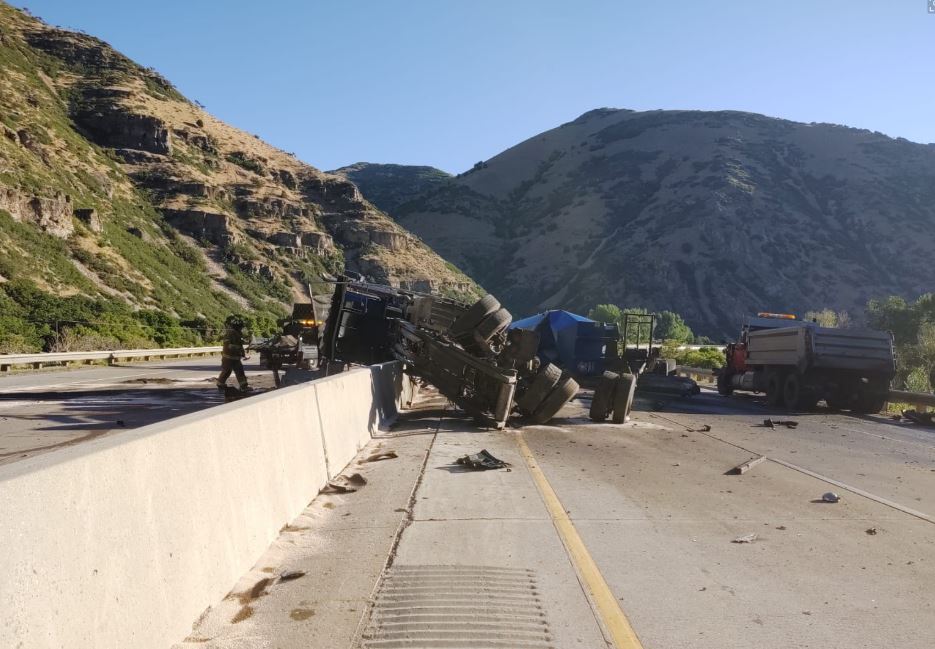 MORGAN COUNTY, Utah — East and westbound lanes of I-84 were blocked Tuesday after a crash involving a semitrailer and a dump truck Tuesday morning, forcing traffic to detour around the scene on frontage roads.

Utah Highway Patrol states the crash involved a semi and a dump truck, and they first tweeted about the crash around 7:45 a.m.

The crash occurred on I-84 near exit 108. Traffic detoured at that exit and drivers couldn’t “get back on without major disruption flow.”

The driver of the semitrailer suffered minor injuries.

There was a small diesel spill after the crash, which has been contained.