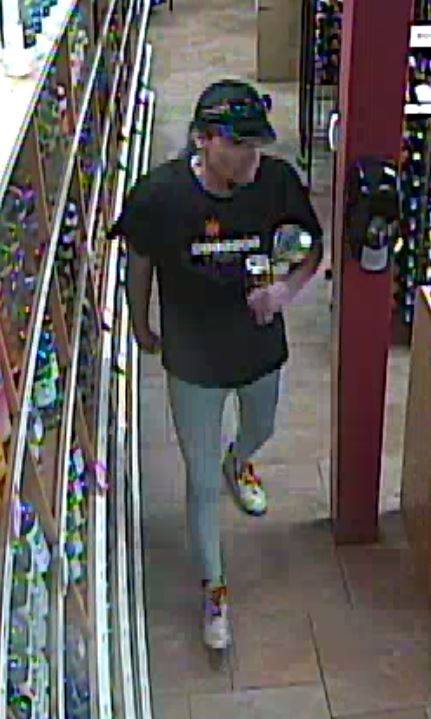 The department posted several photos Wednesday of a man they said has stolen alcohol several times.

“In contrast to the last young man we highlighted on our page, this man is doing the opposite of being an entrepreneur,” the department wrote in a nod to another story involving a boy spotted selling ice cold “beer” on a sidewalk.

Anyone who recognizes the man pictured above is asked to call Det. Supino With Brigham City Police at 435-734-6684