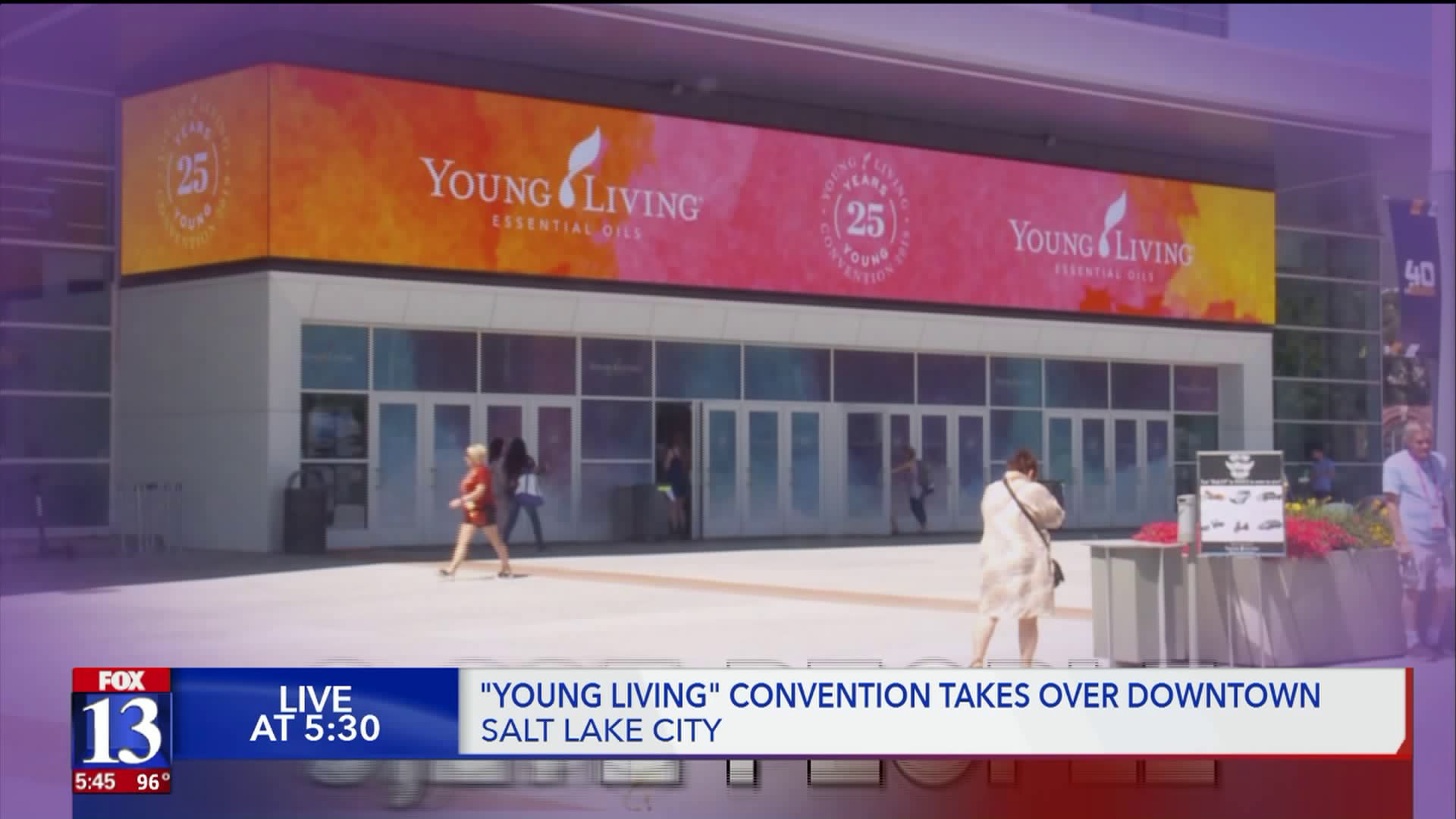 This week, Salt Lake City has been overtaken by tens of thousands of people visiting the 25th annual Young Living Essential Oil convention. When they depart, they will have left behind millions of dollars for the city`s economy. 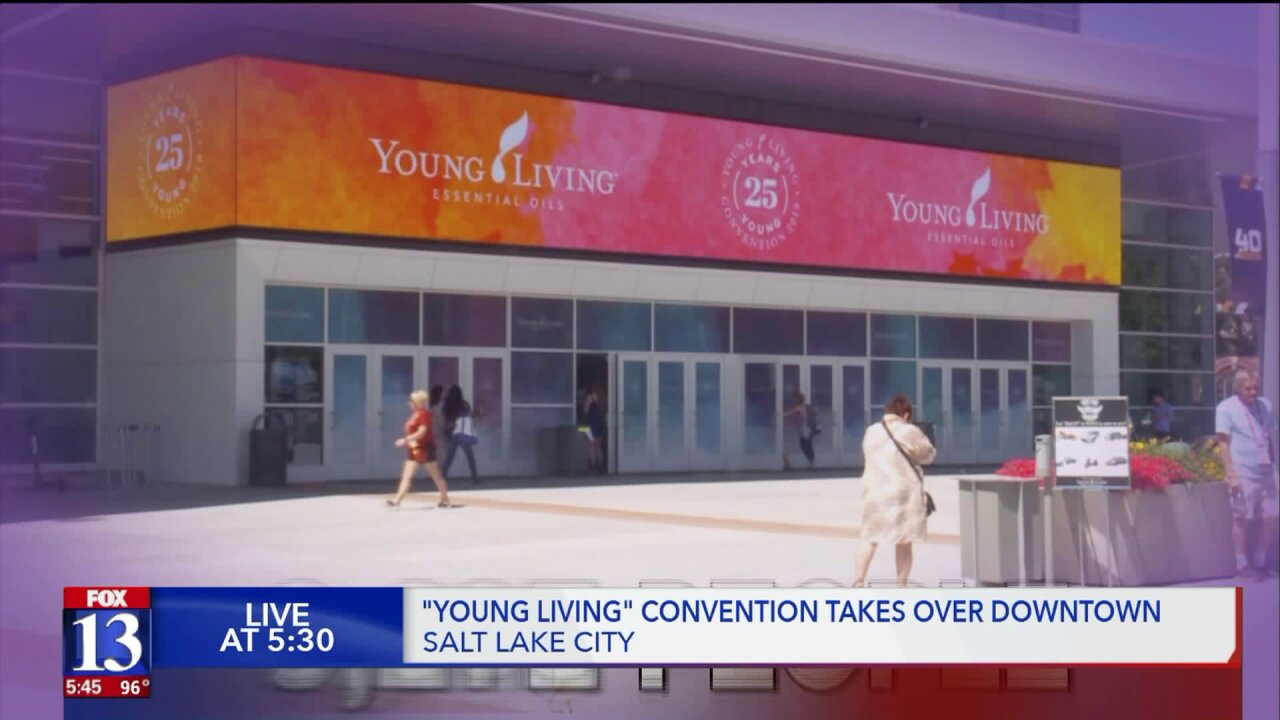 SALT LAKE CITY — This week, Salt Lake City has been overtaken by tens of thousands of people attending the 25th annual Young Living Essential Oils International Grand Convention. When they depart, they will have left behind millions of dollars for the city’s economy.

The event is one of the largest conventions to visit Salt Lake City.  It’s so big, there are multiple sites across the Wasatch Front, including Salt Palace Convention Center, Vivint Smarthome Arena, Rice-Eccles Stadium and Hale Center Theatre in Sandy.

“The environment and the energy…is just magnetic,” said Joy Ballard from Arkansas.

"It’s been fun just to see a little bit of the city. I didn’t realize it was so big,” said Shirley Depenbrach, from Florida.

No matter where you travel downtown, Young Living visitors can be seen everywhere.

"We were overtaking the restaurant, and one guy looked a little rattled," said Cheryl Anderson, from Maine. "I said, 'Didn’t you get the memo? Young Living is in town.'"

Since Wednesday, restaurants and cafes have been busy.  Hotels and bed and breakfasts are booked solid. Some Ubers even smell like lavender.

Ballard booked an entire home through AirBnB so her team could come to the convention.

According to Visit Salt Lake, 25,000 people are in town for the convention. They’re expected to spend $23 million during their stay — about $920 per person.

“That is someone who has budgeted like, not just chump change, and they are here,” Ballard said.

The money ripples throughout the valley, according to Visit Salt Lake Vice President Mark White.

“While it may be a little inconvenient for the locals to have a little extra congestion, this is a lot of money being spent in our community and it is certainly worthwhile to accommodate these folks," White said.

The convention wraps up Saturday night with a private concert by Imagine Dragons at Rice Eccles Stadium.

Sunday is also expected to be busy at the Salt Lake City International Airport.