One man and 2 horses killed in Millard County crash 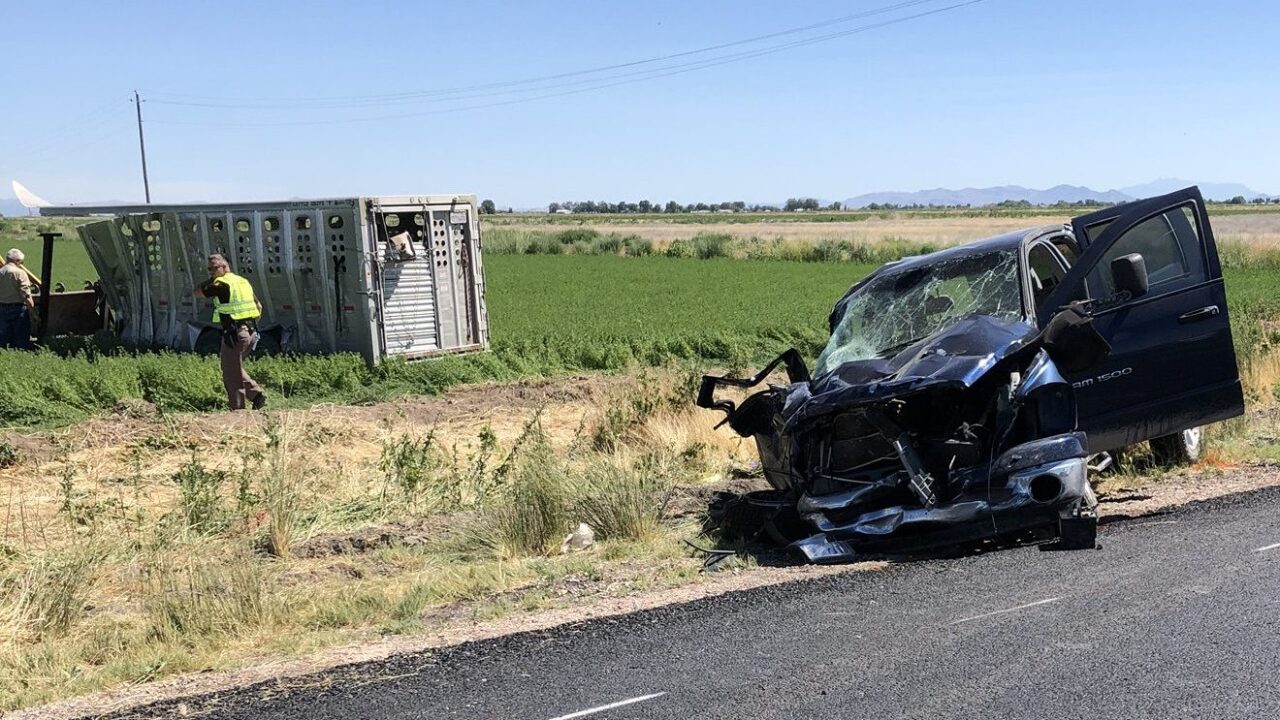 HINCKLEY, Utah — One man and two horses are dead after a truck collided with a horse trailer Friday morning near Hinckley in Millard County.

Randy Haddenham, 62, of Milford, was driving north on State Route 257 in a pickup truck when he went through a stop sign at the intersection of U.S. Highway 6, according to Utah Highway Patrol.

A horse trailer hauled by another pickup was traveling west on S.R. 6 and was hit by Haddenham at full speed, according to UHP.

Haddenham was not wearing a seatbelt and was pronounced dead at the scene, troopers said. The collision severed the trailer from the truck and spilled the horses inside onto the road. Two were killed and at least one other was seriously injured. 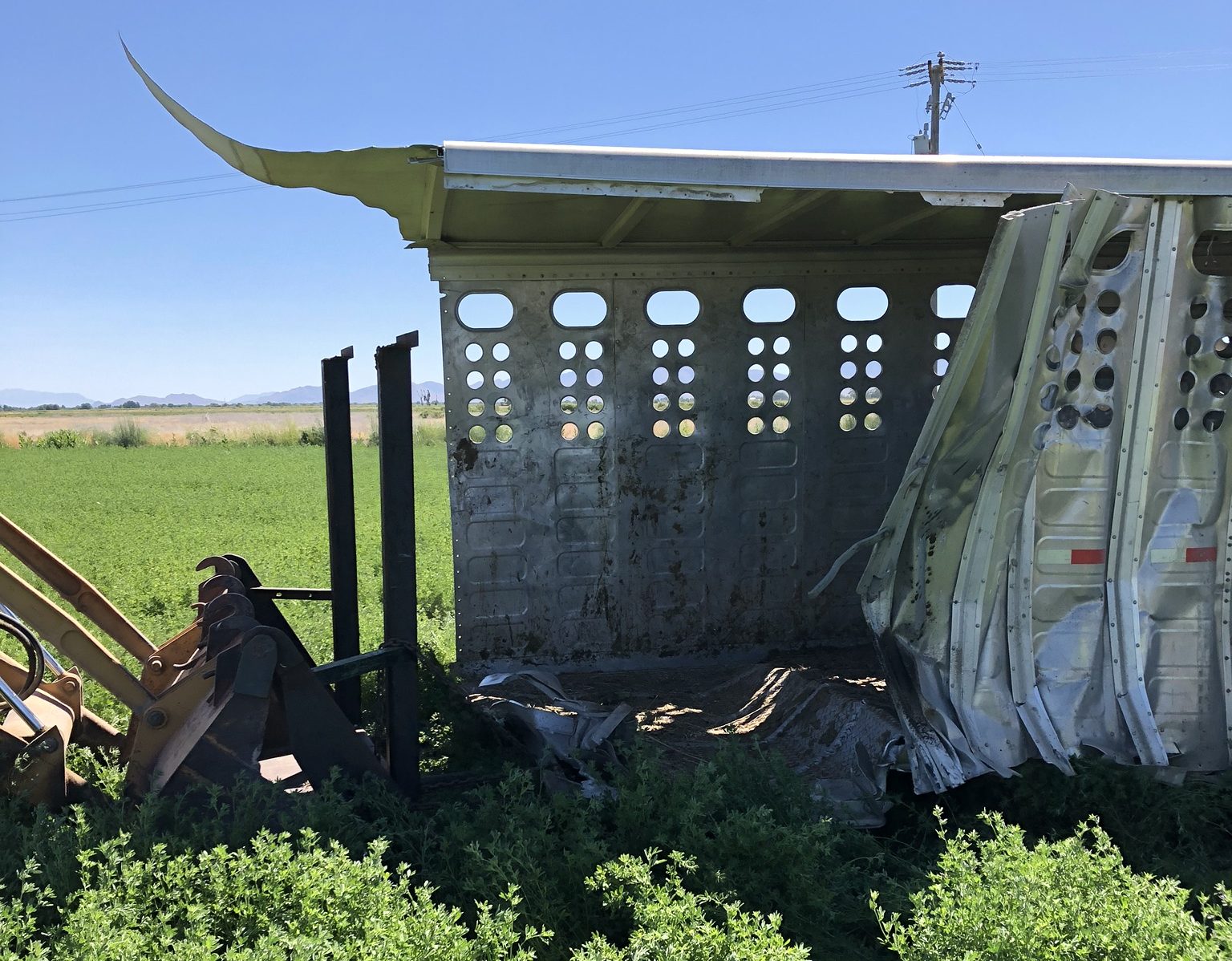